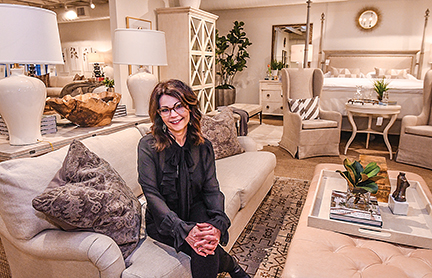 Bruce Newman Summerhouse Style, in Oxford, is owned by Lisa Palmer. The interior design business, which is also located in Ridgeland, opened its second location on the Square in December.

Coming to Oxford seemed only natural for Summerhouse Style, a furniture store which employs 24 skilled interior designers in both Ridgeland and Oxford.

Open just off the Oxford Square since mid-December, this store is the first branch of its Ridgeland location at Township.

“We were doing so much work in Oxford for design projects and second homes, and first homes, and condos. We have personal connections and we feel it’s a natural extension,” Summerhouse founder and principal designer, Lisa Palmer, said. “We felt it would be a great move for this time since we’ve been in business for 12 years.”

Palmer says the store’s location on the Square is fantastic, and is excited to be right next to the luxury hotel Chancellor’s House.

“We renovated the space completely and tore down the walls and the ceiling, took it up to the rafters, exposed this great architectural element of the space, which is the first thing people talk about when they walk in here — the detail and texture of the ceiling,” said Palmer.

With a combined total of 7,600 square feet at its Oxford location, Summerhouse features high quality furniture, some of which are unique only to Summerhouse.

“I have about five main upholsteries, but I pull from about 30 different lines that are smaller, more exclusive designer lines,” Palmer said. “We have Lee Industries, Hickory Chair, Vanguard, Highland House — which is a Division of Century — Lillian August, (and) Division of Sherrill. I have some smaller exclusive lines like Noir Furniture.”

“We also have some great lighting sources from Julie Neill Lighting out of New Orleans,” Palmer said. “We carry Visual Comfort Lighting, Currey Lighting. We carry Emporium Home Pieces. I could go on, and on… I have so many lines.”

She describes her furniture selection as comfortable and classic that focuses on quality.  Summerhouse combines high end American-made inventory with sincere warranty of small-town businesses.

Palmer said, “I don’t want my client to call me in a year saying their piece hasn’t produced or stayed true to the quality it’s supposed to.  And if it does, I’m here to back that up. I’m not a corporation. I own this store. I work and I live in the community they live and work in. We believe in shopping local and contributing locally. When you go online and shop, you’re not doing that. You’re giving some corporation you don’t know money.  (Summerhouse) is a local business and the people you go to church with, share a doctor with…that’s who owns this. That’s why I select the pieces I have.”

Her thoughtful selection and passion for quality service stems from over 30 years in her career.  She earned her degree from the University of Southern Mississippi and began her career in 1983. She became independent in 1991 and then in 2005, she opened Summerhouse in Fondren district of Jackson.

“I had to salvage everything,” Palmer said.  With her laptop, she rebuilt her client list and continued to design homes.

After designing a home, she gained two partners who invested in her business. Before long, she opened a bigger Summerhouse in Ridgeland.

Now with its first branch in Oxford, Summerhouse has garnered national press and completed national design work with a talented, diverse team of interior designers.

Summerhouse’s Oxford interior design team is as passionate as Palmer and every bit as thoughtful in working with clients.

Serving on Summerhouse’s design team for Oxford, Rebecca Cornelius, said, “Working closely with clients while we are designing their home is very important. Things change, life happens and we want to help create their environment from start to finish. Scope, quality and budget are just a few ways to start a project, but we hope to establish great personal and professional relationships with clients so we can figure out their styles, needs and wants.”

Interior designer Jayme Stanley adds, “As an interior designer, the key is to develop long lasting relationships. I always take my time getting to know each individual client. It’s important to understand not only their style, but their complete lifestyle.”

The interior design team does full service work including collaboration with contractors and ground workers.

“My designers can do an interview process; we’ll ask how you live, what’s your style, and if there are any Pinterest boards. Do you have pets? Children?,” Palmer said. “Do you want your house to make you feel a certain way? Do you want it warm, light and bright, comfortable, dark? We ask a lot. Then we get to brass tacks: how much do you want to spend?  That’s important so we can pull different lines.”

Summerhouse offers a wide range of prices and its interior design team works with people of all budgets.

“I have some couches that are $1,800,” Palmer said. “I have a lot of unique items that might cost a little more but it’s all great quality. For first time home buyers, I kind of start them around there. We have some that can go up to $5,000  — the expense is because (there are) many more fabrics and more options to add. You can add a shirted detail and cushioning whereas with some companies you can’t add a flange or a different stitching.”

For those living in condos, Palmer says the inventory at Summerhouse can make decoration a snap. 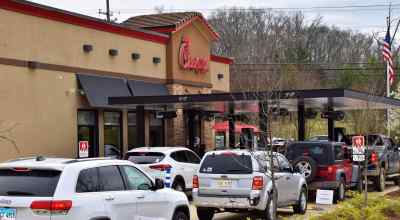 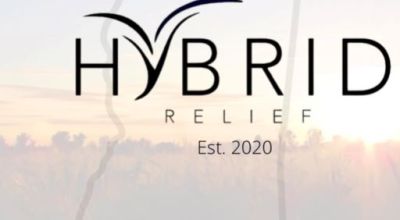