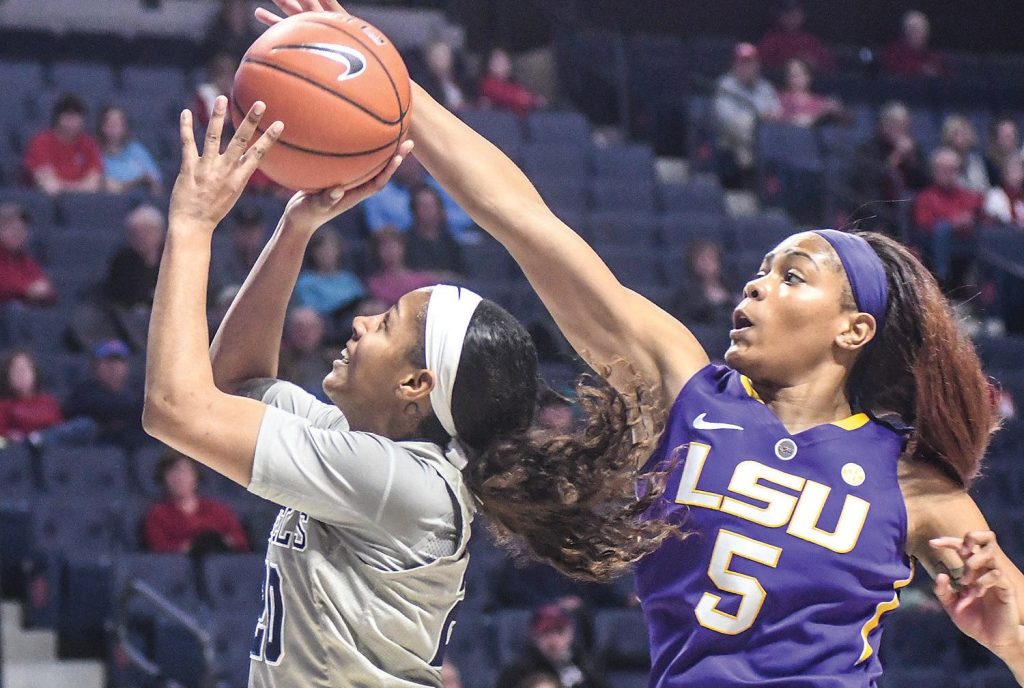 Sloppy play, foul trouble and shooting woes were the culprits in the Ole Miss women’s latest setback. After defeating Florida for their first road win of the season Monday, the Rebels returned home to start a three-game homestand with momentum on their side after winning two straight.

LSU stunted that momentum as the Tigers defeated Ole Miss 62-51 on Thursday night inside The Pavilion. It is just the second loss of the season at home for the Rebels, who are now 13-2 in their own gym.

“Total lack of energy. Total lack of effort,” Ole Miss head coach Matt Insell said. “We didn’t play with the energy and effort that we needed to play with to win a basketball game. It’s disappointing. It’s going to be a game that you look back on and go, ‘Man, we really lost that game.’ Because that’s a game we should’ve won.”

Nothing was working for Ole Miss (15-9, 4-7 Southeastern Conference) on either side of the court but especially on offense. After scoring 85 points on Florida three nights earlier, the Rebels were held to their second-lowest point total of the season, barely eclipsing the 46 points they were held to by South Carolina on Jan. 19. The first half saw Ole Miss shoot 30 percent (7-for-23) from the field and commit 16 turnovers.

Scoring was not a problem for LSU, which went on a 15-0 run during the later stages of the second quarter and was paced by junior guard Raigyne Moncrief’s 16 points in the first half for a 32-20 lead at the break. Moncrief finished with 19 points after fouling out in the fourth quarter to lead LSU (17-7, 6-5).

“Raigyne Moncrief just kicked our butt every way it could be kicked,” Insell said.

The second half provided a little excitement as Ole Miss made a run after falling behind by 20 points midway through the third quarter to get the game to 41-28, but that was as close as they would get until the final margin.

For the first time all season, the Rebels had multiple players foul out as they were hit with 33 team fouls. Insell was without his strong post presence as both reigning Freshman of the Week Shelby Gibson and senior Taylor Manuel fouled out to start the fourth quarter. Cecilia Muhate would foul out minutes later, putting Ole Miss down three of their key players in the final minutes.

Shandricka Sessom led the Rebels with 14 points while Madinah Muhammad followed with 10 to be the only two Ole Miss players in double figures.

“It’s like pulling teeth to try to get some kids up the lane or to play hard or to do this or do that,” Insell said. “I haven’t had to really get on them much, but you’re just out there trying to pull teeth to get them going. It’s unacceptable.”

The schedule does not get easier as Ole Miss must turn around and welcome No. 4 Mississippi State to town on Sunday at 3 p.m (SEC Network). The Rebels fell to the Bulldogs, 72-63, in their first meeting in Starkville last month.