Oxford to add more meters on and around The Square 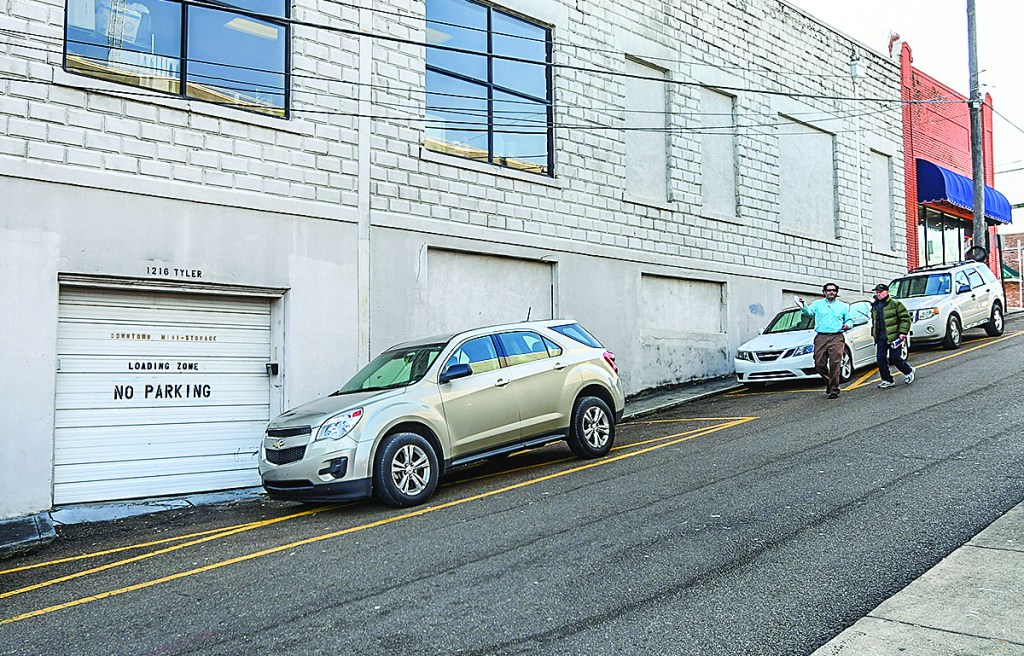 Cars are parking in the loading zone on Tyler Avenue between South Lamar and South 14th Street, in Oxford, Miss. on Thursday, February 9, 2017. The city may replace the loading zone with metered parking.

In an effort to increase parking around the Square, Oxford aldermen are considering converting some loading zones to parking spaces.

The loading zones are located on Tyler Avenue, between South Lamar Boulevard and South 14th Street.

Tom Sharpe, chair of the Downtown Parking Advisory Commission, said the loading zones are not being used by delivery trucks because of the steepness of the road.

The city, if approved by the Board of Aldermen, will convert most of the loading space to create six, metered parking spaces; however, a small loading zone area will remain.

“We need more parking,” said Mayor Pat Patterson on Tuesday during the Board of Aldermen’s regular meeting at City Hall, where a first reading of the ordinance amendment was read. A public hearing will be held at 5 p.m. Feb. 21 at City Hall. The aldermen are expected to vote on the matter during the March 7th meeting.

The need for more parking will increase once construction begins on the new downtown parking garage that will be located in the city parking lot behind Oxford Square North.

The city is just now advertising for Requests for Proposals for the design and build of the new garage. Construction would not begin for several months; however, when it does, the downtown area will lose more than 100 spaces during the year of construction.

The Downtown Parking Advisory Commission will be discussing ways to mitigate the loss of parking at its next meeting at 9 a.m. March 3 at City Hall.