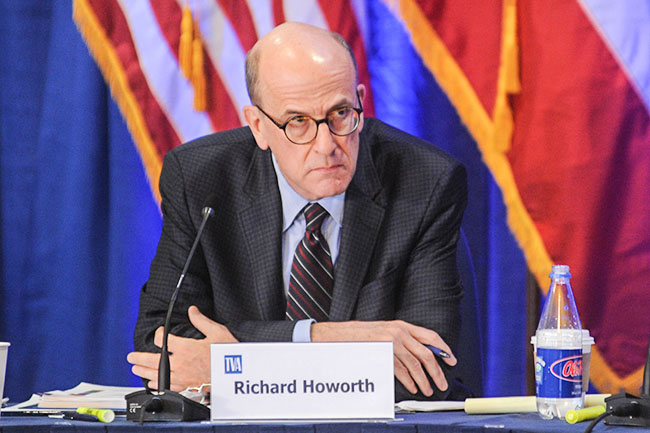 The TVA board of directors elected Howorth as chair-elect during its meeting Thursday in Gatlinburg, Tennessee.  Howorth is in his second term on the TVA board and will assume the chair duties May 19, 2017, for the next two years. Director Lynn Evans will continue as chair until her board term expires on May 18, 2017.

“Richard has served TVA and the Tennessee Valley honorably for many years,” Evans said. “Our board will be seeing up to five new members in the next year, and Richard’s selection will help ensure continuity as new board members get acclimated to their policy role and learn more about the mission and work of TVA.

Director Howorth joined the board in 2011 and began his second term in December, 2015. His current term will expire May 18, 2020. During his time on the TVA Board, Howorth has served on all five board committees – External Relations, People and Performance, Nuclear Oversight, Finance, Rates and Portfolio and Audit, Risk and Regulation.

The board members also made one change to the current committee assignments by adding Director Marilyn Brown to the Finance Committee.