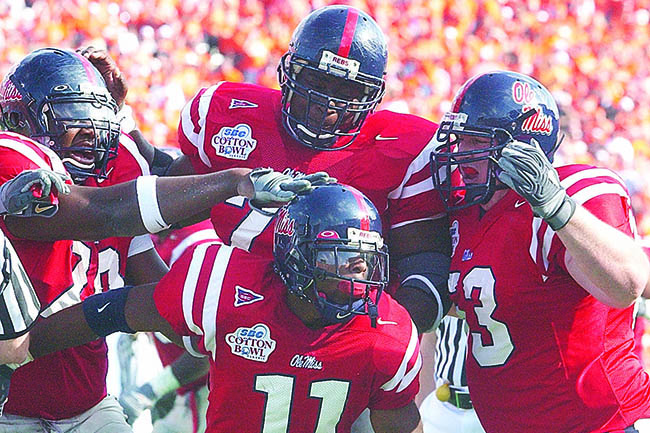 Justin Sawyer, a former offensive lineman at Ole Miss, has died, according to multiple reports.

Sawyer passed away Saturday morning from an apparent heart attack. He was 36 years old.

A center for the Rebels from 1999-2003, Sawyer had been hired earlier this month as the football coach at West Lincoln High School, according to The Daily Leader. Lincoln County Superintendent Mickey Myers told the newspaper he heard about Sawyer’s death early this morning.

“Sadly, I received word early this morning that around 6 a.m. today Coach Sawyer died, apparently of a massive heart attack,” Myers told the paper. “He leaves behind a wife, Kim, and two young daughters. So tragic.”

Sawyer had previously spent four years at Lawrence County High in Monticello and served as the Cougars’ defensive coordinator for three seasons.

A native of Centreville, Sawyer played in all 13 games as a senior in 2003, making eight starts at center during Ole Miss’ run to the Cotton Bowl. He also played some at tight end during his career with the Rebels.