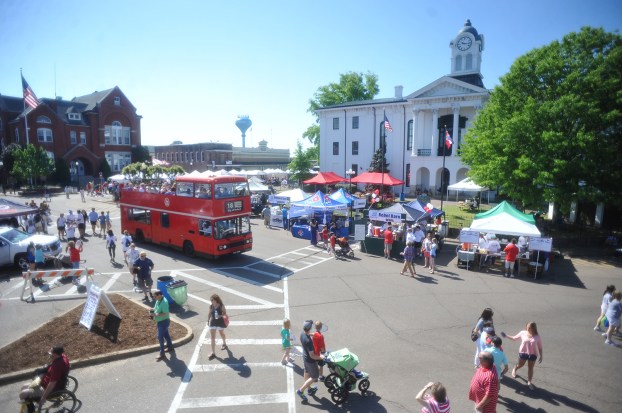 It’s great to be back.

By “back,” I don’t mean in the geographic sense. A Mississippi native, I’m currently on Long Island, outside New York City. It’s an experiment in culture shock and snow shoveling that has been going on for more than 18 years now.

But as of today I am back in a Mississippi publication after adventures last year in several neighboring Southern states.

And I’m not in just any Mississippi publication. The Oxford Eagle was the first nonstudent newspaper to employ me, back in … well, let’s just say that disco music had not yet been visited upon the world. Richard Nixon was big news. Archie Bunker ruled the airwaves.

Some of you may have followed my writing elsewhere. If so, the ride is about to start again. For others, a bit of introduction would seem in order:

I was born and grew up in Moss Point. I am a graduate of Ole Miss. My path into journalism was influenced at least in part by my failure to have inherited any of the practical skills that every other Rogers male of previous generations and my own seemed to possess in spades.

Plus, I liked finding out stuff. And then writing about what I found out.

Journalism employment has taken me from Mississippi’s Coast to its capital to Nashville and then New York. Along the way I covered everything from the local cop beats and courts to city halls and legislatures. Congressional elections, even presidential politics – such as it existed in Jackson County, Miss., in 1976. Wrote from the Miss America Pageant twice, and twice from the Elvis Week commemorations of his death in Memphis. Founded the Otis Campbell Chapter of The Andy Griffith Show Rerun Watchers Club. Sought out and wrote about a city’s coldest beer – again, twice. And chronicled Mardi Gras and the New Orleans World’s Fair the best way possible: on somebody else’s dime.

The best gig by far was that of columnist, a role I’ve played at various stops.

The experience has taught me a lot. Early on, for instance, it was that a columnist in Mississippi mocks duck hunters – even mildly – at his peril. (Mocking deer hunters, I was given to understand, would have been even more risky.)

Most recently, I learned that many Alabama readers do not much care for opinions at variance with their strongly held but narrowly constructed belief system. Especially if written by somebody “who doesn’t even live in Alabama.”

As I said, I don’t live in Mississippi, either. I’ve actually been in my house in New Hyde Park longer than in any other dwelling in my life. But that doesn’t make me any less a Mississippian. You can take the boy out of the South, but you can’t …

Sometimes, I’m not sure I do, either. My views are subject to evolution.

But here’s the deal: Agreement doesn’t matter. I’m not trying to persuade anybody to my way of thinking. That would be a waste of everybody’s time. I just try to present a perspective on a topic; if one clashes with yours, well, who knows, maybe with another one we’ll be back on the same page.

See you next week.

Joe Rogers formerly worked for The Clarion-Ledger, The Tennessean and The New York Times. He can be reached at jrogink@gmail.com or on Twitter @jrogink.

William Winter Institute: ‘Mission is to end all discrimination’

Submitted by staff of The Winter Institute On Friday, the Oxford Eagle published a column by Mr. Lee Habeeb headlined,... read more