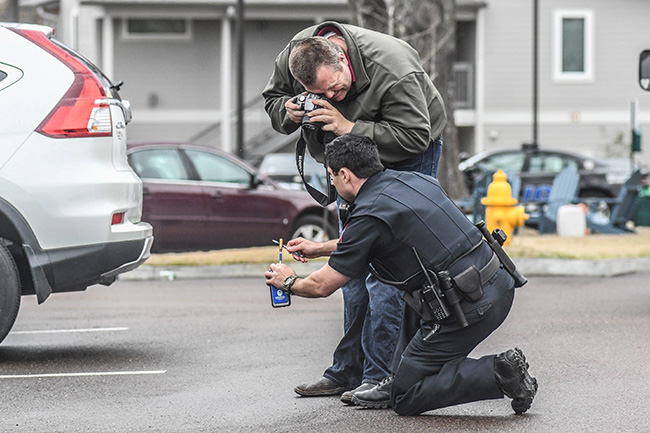 Police investigate a shooting at Gather Oxford in Oxford, Miss. on Sunday, March 5, 2017.

The Oxford Police Department has a Charleston man in custody for his alleged involvement of a reported shooting Sunday afternoon on Hathorn Road.

Officers responded at about 2:55 p.m. to The Gather Apartments on Hathorn Road where they spoke to two witnesses who claimed the saw the shooting and gave investigators information about the shooter.

Officers checked the area and found 10 fired shell casings in the parking lot. Officers made contact with Rashaun Weekly, 20, of Charleston who resides at the complex and was identified by the witnesses as the alleged shooter.

Weekly was arrested and taken into custody. Charges against Weekly are pending and no bond was set as of this morning.

The weapon was recovered and no injuries were reported.