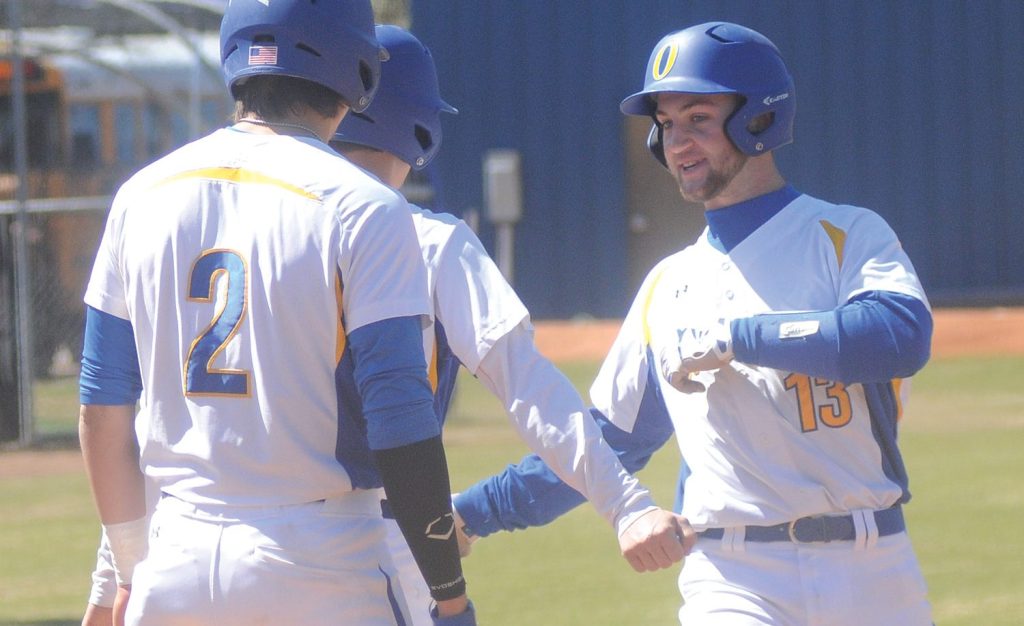 The weather was better and so was the Oxford baseball team’s focus Wednesday as opposed to the nasty weather the Chargers and Lafayette endured on Monday night. It caused for a quick afternoon with Oxford defeating Water Valley 11-1 in five innings at Edwin Moak Field. The game was Oxford’s second of four in this week’s Oxford Spring Break Classic.

The Chargers (10-1) closed out Wednesday’s action against Lake Cormorant with a 11-1 victory in six innings and will play Clinton today at 4 p.m. Water Valley ended their week in the Classic going 0-3, dropping a 4-3 game to Lake Cormorant in 11 innings before falling to Houston 18-4 on Tuesday.

Junior Gavin Darby took the mound for the Blue Devils (2-8), but it was a short-lived outing. The Water Valley ace lasted only an inning, giving up three runs on two hits and a walk. He struck out two Charger batters.

“(Darby’s) fought a little bit early,” Water Valley head coach Jeb Lee said. “Our season begins when we get back from Spring Break and we begin region play, and I want him to be 100 percent. So there’s no sense in chancing him today in a non-region game.”

Seventh-grader Dre McCray came in for relief of Darby and pitched the final four innings, giving up eight runs and striking out three. McCray’s troubles came from lack of command, hitting four Oxford batters and three when the bases were loaded. McCray played on Wednesday after battling the flu just two days earlier.

“It’s a big deal for (McCray),” Lee said. “He’s a seventh-grader who had the flu on Monday and texted me this morning and said, ‘Coach, I can go.’ I’m very proud of his effort. I’m proud of every one of our guys.”

While Water Valley was relying on youth on the mound, Oxford sent Chase Kessinger to the mound in his first career start. The senior did not disappoint, pitching all five innings and giving up only one run on five hits and striking out six. Kessinger no-hit the Blue Devils the first three innings before struggling in the final two frames, but he managed to give up only the one run in the fourth.

“(Kessinger) needed that for his confidence,” Oxford head coach Chris Baughman said. “He made a mechanical adjustment in the bullpen before game and was way more consistent and efficient. … He wants to contribute so bad, and I’m glad he had that opportunity and made the most of it.”

Oxford broke the game open in the second inning, plating four runs. The biggest blow came from senior catcher Ben Bianco, who had a one-out, three-run home run. Ben was 1-for-3 with three RBIs while younger brother Sam went 2-for-3 at the plate and scored two runs. The Chargers scored two more runs in the third, and the winning runs came in the fifth.

“I was thinking after Ben’s first at-bat and his at-bats against Lafayette, I was thinking to myself, ‘He needs something good to happen to get his confidence going,’” Baughman said. “It looked like Tiger Woods teeing off at the Masters 10 years ago in his prime.”