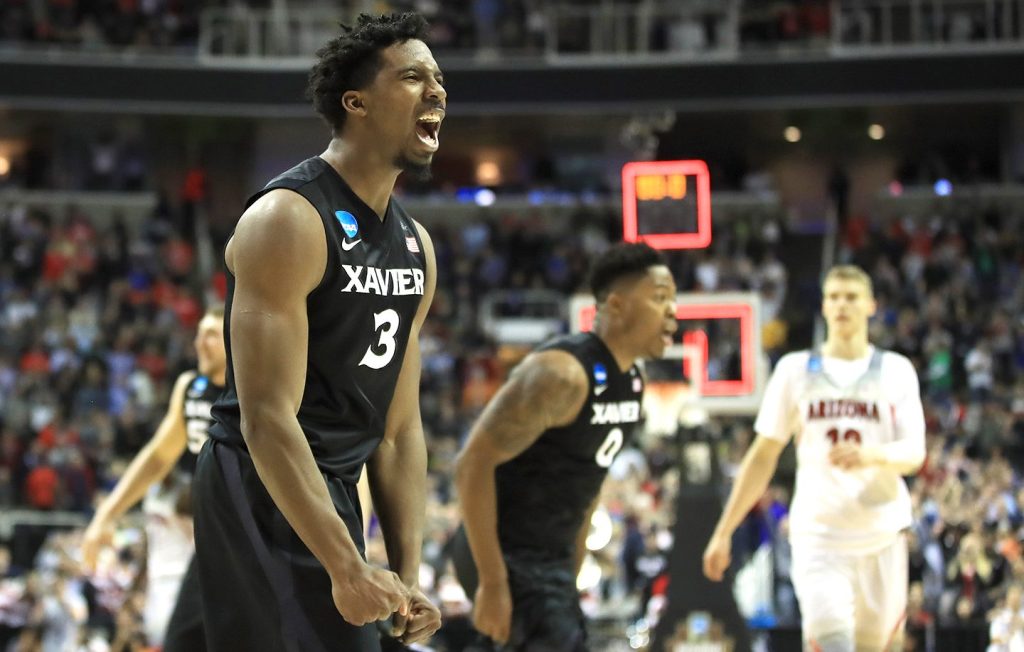 Xavier (30-13) stayed with the second-seeded Wildcats behind Bluiett’s 18 first-half points and tracked down the Wildcats after they tried to pull away in the second half. O’Mara scored on a power move inside, but missed a free throw to give Arizona (32-5) a final chance.

Allonzo Trier missed a 3-pointer in the closing seconds and Xavier was able to dribble out the clock, earning its first trip to the Elite Eight since 2008.

The Musketeers held Arizona scoreless over the final 2:52 to earn a sport in the West final against No. 1 seed Gonzaga on Saturday.

Trier scored 15 of his 19 points in the second half and Dusan Ristic had 17 for Arizona.

SAN JOSE, Calif. — Jordan Mathews hit the go-ahead 3-pointer with under a minute to play and top-seeded Gonzaga survived a rough shooting night for both teams to beat No. 4 seed West Virginia to advance to the West Regional final.

On a night that featured 51 fouls and only 34 made baskets, Mathews delivered the big shot that sent the Bulldogs (35-1) to their third Elite Eight in school history.

It didn’t come easily. West Virginia (29-8) had three shots to tie the game but Tarik Phillip missed a shot from the lane and Jevon Carter missed two 3-pointers after Silas Melson made one foul shot. The Mountaineers rebound both misses but couldn’t get another shot off before the buzzer.

KANSAS CITY, Mo. — Tyler Dorsey scored 20 points and made the go-ahead layup with 1:08 left, and third-seeded Oregon ended No. 7 Michigan’s dramatic postseason run with a victory in a Midwest Regional semifinal.

The Wolverines (27-11) had one more chance to extend their run after Dylan Ennis missed a free throw with 15 seconds left. But Derrick Walton, who had carried the Wolverines the last three weeks, was off with his long jumper just before the buzzer.

Walton led the Wolverines with 20 points, eight assists and five rebounds. Zak Irvin had 14 of his 19 points in the second half and DJ Wilson had 12 points.

Oregon plays Kansas on Saturday in the regional final.

KANSAS CITY, Mo. — Player of the year front-runner Frank Mason III poured in 26 points, Kansas turned on the jets in the second half and the top-seeded Jayhawks soared to a blowout of No. 4 seed Purdue in the Midwest Regional semifinals.

Devonte Graham also had 26 points and Josh Jackson had 15 points and 12 rebounds for the Jayhawks (31-4), who led by 7 at halftime before their up-and-down pace finally wore down the Boilermakers.

Kansas used two big runs, including an 11-0 charge highlighted by Lagerald Vicks’ 360-degree drunk, to coast into a matchup with No. 3 seed Oregon on Saturday for a spot in the Final Four.

The Ducks survived a nail-biter against Michigan earlier in the night.

Caleb Swanigan had 18 points and seven boards for the Boilermakers (27-8), but the 6-foot-9, 250-pound All-America candidate had to work for all of it. 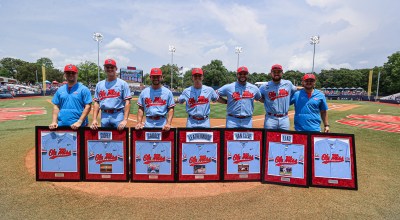