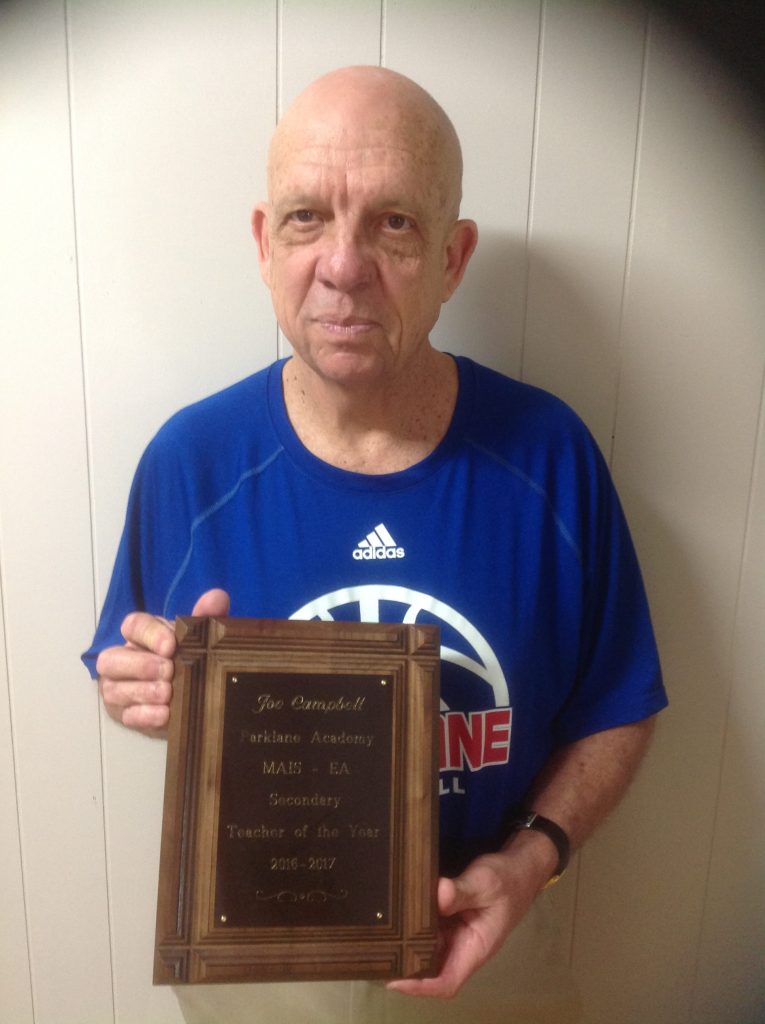 In the state, there are 116 schools that are part of the Mississippi Association of Independent Schools. Oxonian Joe Campbell was recently named the Teacher of the Year covering the span of all these schools.
Campbell, who has been a math teacher and coach for various sports for 43 years, is hardly a stranger to winning education awards having won STAR Teacher (Student Teacher Achievement Recognition) six times and has been named Teacher of the Year in three different school systems.
While he recently moved to Oxford, Campbell is finishing up his final year at Parklane Academy in McComb, Mississippi. He commutes a few days a week down to the school (an estimated four hour drive).
Campbell spent the majority of his career at Gulfport High School, but lost his home in the town during Hurricane Katrina. After the disaster, he decided to retire from the public school system.
Campbell describes his teaching approach as “non-traditional.”
“My classes have no homework and they have no textbook,” he said. “Rather than turning the pages and working 30 problems of the same thing, I want my kids to learn how to think. I want them to learn how to recognize, not simply to get a right answer, put it on the test, and then two weeks from then have no idea what they’re doing.”
Instead, his students write their own math textbook which they affectionately call their “Math Bible”.
“Before I was a student of his, I hated math class,” said a former student of his, Claire Dooley. “I did not understand it; I surely didn’t enjoy it. (Campbell’s) class is like leaving Kansas and going to Oz. He has taught me and countless others to not memorize, but to understand.”
When not in the classroom, Campbell is out on the court coaching basketball. He says his approach to coaching is identical to his teaching methodology.
“It’s the same thing with running a play in football or basketball,” Campbell said. “Telling them what to do is one thing. If they understand why we’re doing it, then as things change and the game evolves, they can make their own adjustments on the court because they understand why we’re doing what we’re doing.”
Of his latest award, Campbell says it’s “always special” to be recognized, but for him, the true trophy comes in another form.
“My greatest awards I get are the letters and cards I get from kids that have graduated who have written me back years later saying ‘thank you, I appreciate what you did,’” he said. “In fact, I’ve got a whole box that I keep them in. Sometimes life kicks you in the mouth, and for me, I’ll pull that box out and read those letters. I tell myself this is why you do this, this is why God put you here.”