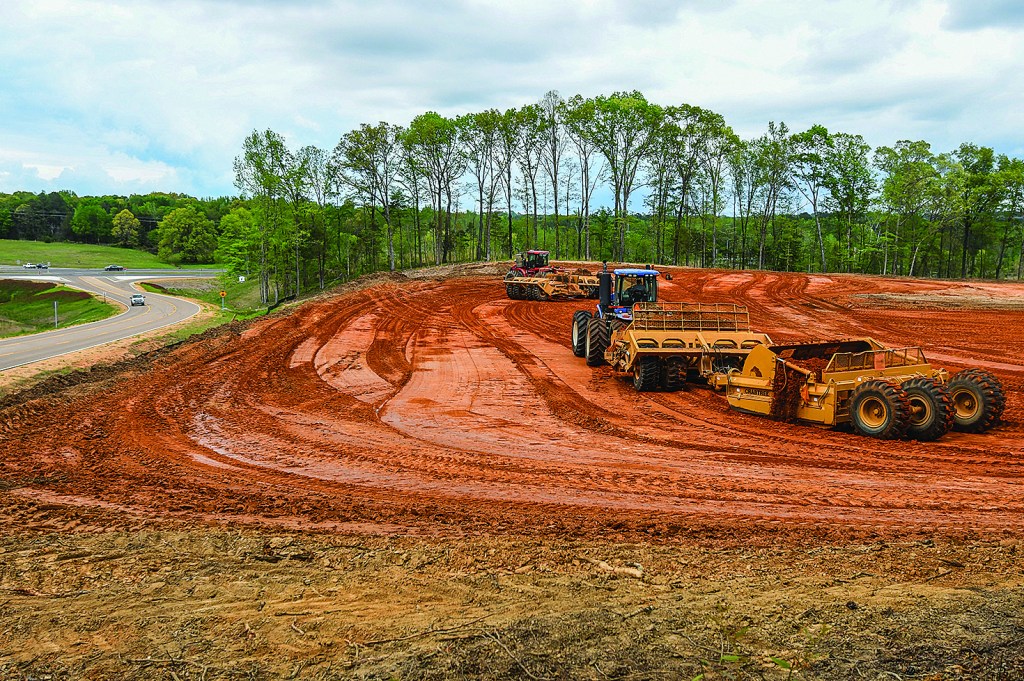 Work on the site for Lafayette County's Office Park, on County Road 406 near Highway 6, continues in Oxford, Miss. on Tuesday, April 11, 2017.

The future Lafayette County Office Park will provide more space for several local agencies that will allow them to grow and provide more services locally and regionally.

On Tuesday, the Lafayette County Board of Supervisors and other county staff members met with Architect Cory Alger, who was hired earlier this year, to design the multipurpose facility on County Road 406 during a special meeting.

Alger presented preliminary schematic drawings and budget estimates for both the office park and multipurpose arena.

The court building will be about 13,805 square feet and house the County Justice Court and Oxford Municipal Court.

Part of the total lease amount, $850,000, may be defrayed by the value of the city’s in-kind provision and installation of municipal sewer facilities servicing the property.

The total square footage of all four buildings will be 41,575 with 207 parking spaces available.

Site preparation for the facility that will be located on about 25 of the 50 acres the county owns on CR 406 has started and is expected to be complete in June.

The total estimated cost for the office park, arena and office space is $8,553,000. That doesn’t include site preparation or the amphitheater. The supervisors voted earlier this year to use a $20 million bond to pay for the project.

Alger said about 90 percent of gathering space needs from the different agencies has been completed.

The supervisors discussed whether to bid the office park and arena together or separately and eventually agreed to bid them separately, but at the same time.

Alger said his next steps will be to gather his design team and work on the details of the site plan, which include engineering, utilities and interior design work.

“I’ve got everyone teed up and ready to work,” he told the supervisors.

Alger said the preliminary drawings will likely change as the design team begins to make modifications.

“I think we can have the plans ready in about 60 days,” Alger said. Bidding could go out around September, followed by a year of construction.

The need for the new facilities came after the Mississippi Department of Transportation purchased county property for the Highway 7 expansion, leaving county officials needing to relocate several agencies.

The WIN Job Center was not on Highway 7 but approached county officials about moving into the new space, which will allow it to become a regional center providing more adult education and training opportunities. They will be paying rent to the county to be in the building.

The Coroner’s Office will have an autopsy room and morgue located at the new facility, with an entrance to the morgue located in the back of the building under a covered carport. 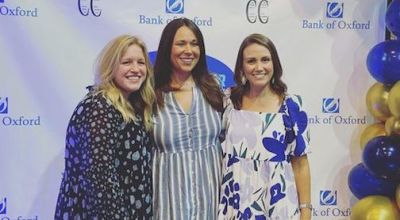 Parents of incoming Oxford kindergarten students to drop off…