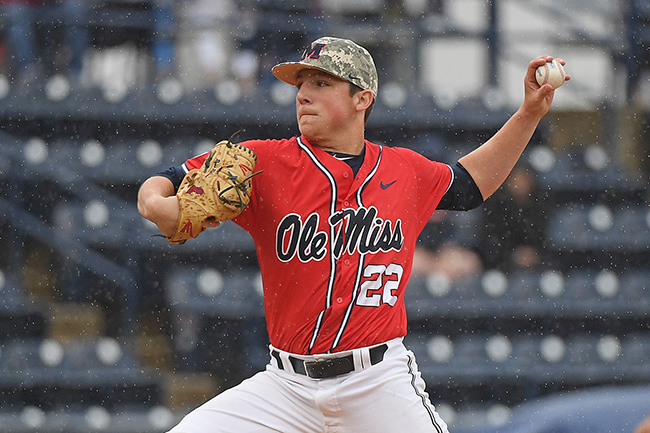 Ole Miss pitcher Ryan Rolison has been named Southeastern Conference Freshman of the Week after turning in one of his best outings of the season on short notice Saturday.

Getting his weekend start a day earlier than usual in place of a sick David Parkinson, Rolison allowed just one hit in six innings and recorded a career-high nine strikeouts in the Rebels’ 3-1, series-evening win over Missouri. The left-hander walked five but settled in after fighting his command early to carry a no-hitter into the fifth.

Ole Miss won the series with a 9-6 win Sunday.

Rolison, who’s made four starts since being moved into the weekend rotation, improved to 5-2 with the win and lowered his earned run average to a rotation-best 1.88. He’s allowed nine earned runs in 43 innings while racking up 50 strikeouts. Teams are hitting .230 against him.

Ole Miss returns to action Tuesday in the Governor’s Cup against No. 10 Mississippi State at Trustmark Park in Pearl. First pitch is set for 6:30 p.m.