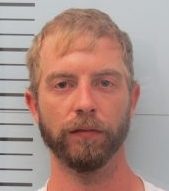 Lafayette County Justice Court Judge Carolyn Bell set a $150,000 bond for Matt Reardon, who was arrested Friday on a charge of aggravated stalking.

Reardon will have to pay 10 percent, or $15,000 and provide collateral for the remaining bond amount before being released from the Lafayette County Detention Center.

According to the Lafayette County Sheriff’s Department, Reardon has made verbal and online threats to the victim several times and “had the ability to carry out those threats.”

“He made numerous threats on the victim’s life and would drive by their place,” said Chief Investigator Alan Wilburn.

The charge against Reardon will go before the grand jury. Aggravated stalking is a felony charge.

Reardon started to walk away, yelling obscenities but then turned back to ask the deputy for his name and badge number. Reardon was armed with an unconcealed firearm at the time of his arrest.

His court date for the disorderly conduct charge is June 5.