Following the location of his hunting dogs’ GPS tracking devices, the hunter rushes through the underbrush toward his prey.

As he draws near, the stench of old boar drifts through the cold air. He hears the barking of his dogs and the grunts of the hog baying up against the pack.

The hunter feels his heart palpitating against his chest; the beast is near, and he knows this hunt may be his last.

For local hog hunters, this is one of the things that attract them to this sport. Wild hogs offer hunters a thrilling adventure and an adrenaline rush achieved by facing off against a dangerous foe. 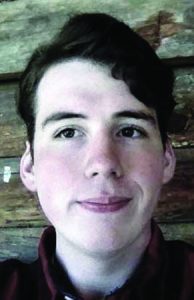 For the local farmers, however, this is important for keeping their crops safe from the hogs.

“They come into my field at night and root everything up,” Jerry Adkins, a local cattle farmer, said. “They keep multiplying and they scare the deer away. They seem to move out of the area when the hogs come in.”

Hogs are truly a farmer’s worst nightmare. According to Paul King, a hog hunter of five years, wild piglets have a 100 percent survival rate due to their lack of natural predators. A grown soul can produce three litters each year. Hogs are also hard for the indigenous animals, like deer, and compete with them for natural resources.

Hogs are also dangerous for dogs and humans. A large boar can grow up to 225 pounds and have tusks three inches long.

“I have lost four dogs in five years and I have been cut three times myself,” King said.

During a hunting trip along the Yocona River, King lost three fingers while fighting with a boar. Doctors were able to reattach them but they have lost most of their mobility. King also lost his beloved hunting dog, Joe, a German hound, from battling hogs.

“My wife has also made many sacrifices due to my hunting,” King said. “One of those is having to put up with me.”

To start training for the hunt, hunters raise two different types of dogs, strike dogs and attack dogs. Strike dogs, normally German hounds, chase the hogs and corner them against the brush. Attack dogs, pit bull terriers and black mouth curs, then grab the hog by the ears to allow the hunter access to attack the hog.

Knives are the weapons of choice for hunters who do not want to risk hurting their dogs in the struggle. Hunters will sometimes grab the hog by their back legs to allow for a quick, clean stab.

Farmers usually call the hunters to report hog damages to their fields. King’s group travels across five counties, including Lafayette, searching for game and are happy to help a local farmer with a pest problem.

“You have to be very respectful of the landowners of said property and all surrounding property owners which require a lot of footwork,” King said.

According to the Mississippi Department of Wildlife, Fisheries and Parks, hogs are classified as nuances and can be hunted year around both day and night, except during turkey hunting season. Wildlife law dictates that hunters must have a valid hunting license to participate in hunting hogs. While it is illegal to sell the hog meat to the public, hunters are able to share some of the meat.

“I turn the meat into summer sausage, breakfast sausage, and ham and give it away to friends and family,” King said.

Allen Brewer is an Ole Miss student. You can reach him at allenbrewer4968@yahoo.com