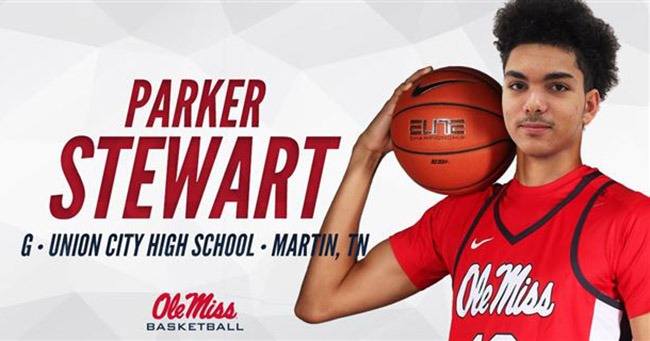 After some back and forth over his request for a release from his scholarship, Stewart has been granted a full release, Ole Miss coach Andy Kennedy said. Stewart, a combo guard from Union City, Tennessee, was one of six members of the Rebels’ incoming recruiting class.

Stewart signed with the Rebels back in September but requested in recent weeks to be released from his scholarship, according to multiple media reports. The situation went unresolved until the school released him with no restrictions Monday.

Ole Miss also announced the signing of Ukrainian guard Illya Tyrtyshnik before Stewart was officially released from his scholarship, leaving the Rebels with an open spot for next season. Kennedy said he will explore all options before deciding what to do with the remaining scholarship.

A consensus three-star prospect, the 6-foot-5, 185-pound Stewart, who originally chose Ole Miss over Georgetown and Kansas State among others, averaged 19 points, six rebounds and two steals as a senior last season at Union City High. He shot 51 percent from the field and 39 percent from 3-point range.

“His size coupled with his outstanding 3-point shooting ability give us a chance to use him in a number of different ways,” Kennedy said after signing Stewart in the fall.

The group is the highest-ranked recruiting class in program history.

I received my complete release out of my NLI from Ole Miss today. Thank you to Ole Miss for everything and I wish them the best of luck.