Oxford’s summer one of preparing for the future 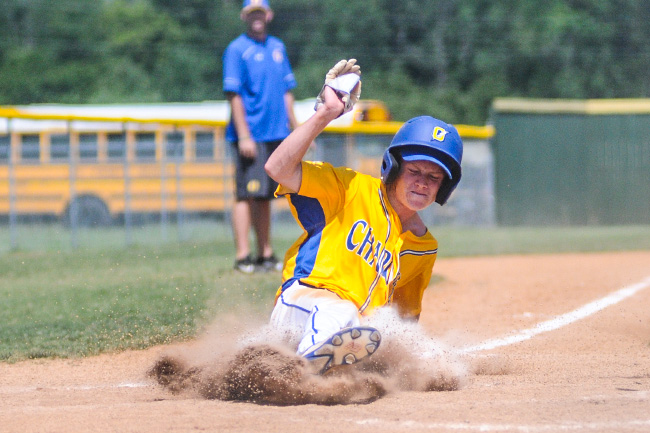 NEW ALBANY — This time last year, the Oxford High baseball team had a good number of games under its belt in the summer schedule and head coach Chris Baughman had a good sense of what his team would be come February.

It is a different story this June with Baughman implementing a different strategy for the summer with all underclassmen required to participate and the upperclassmen given the option to play for the Chargers or elsewhere.

There has also been the issue of a limited amount of games played up this point due to weather issues and conflicts with teams being unable to field enough player for a number of reasons. The experience Baughman wanted his young players to accrue this summer has not actually happened.

“We’ve got so many (underclassmen) that we wanted to give, as much as we could, some of them a chance to play for us to look at them and use it as part of their tryout,” Baughman said. “I would like to be able to see them (more), but with the way travel ball is nowadays and the way exposure ball is nowadays, it just depletes you. It is what it is. We may come out with a different plan next year on how to attack that.”

This week is the annual Northeast Mississippi Coaches Association for Better Baseball (NEMCABB) tournament in New Albany at BNA Park, and Oxford began defense of their 2016 tournament title on Tuesday afternoon. The Chargers earned a bye into the second round after Faulkner canceled and forfeited their first round game with Oxford.

With a young group and ninth and 10th-graders on the field besides junior Kobin Ross on the mound, Oxford defeated former Region 2-5A foe Saltillo 2-1 to advance to the quarterfinal round, which was later in the evening.

The Chargers’ championship defense was cut short with an 8-7 loss to Amory in walk-off fashion.

Ross pitched a complete-game gem. The game lasted six innings with the 1-hour, 45-minute time limit coming into effect. The junior, who was cut from the team his freshman and sophomore years, pitched six innings and held the Tigers to only one run in the third inning.

“We kept (Ross) last year because we needed some depth on the mound for JV games,” Baughman said. “He kept coming along all year long and came out and threw great today. He was supposed to throw last week, and it got rained out. Then he was supposed to throw (Monday) and it got canceled. So we kept pushing him back, pushing him back, and he threw great. He’s going to get to throw a little bit for us next year.”

The two runs for Oxford were credited to the same person as Jacob Rousseau scored both, once in the third as a pinch runner, then making his way around the bases in the fifth to score off a wild pitch for the winning run. Rousseau began to be groomed as the next go-to pinch runner, a job Giles Lamar handled for the past two years, during last season and showed off his speed against Saltillo.

On the other side of the NEMCABB bracket, Lafayette is making some noise and has found itself among the final four teams. The Commodores defeated Bruce on Monday in the second round and followed it up with wins over Itawamba and Pontotoc to reach today’s semifinal round against Houston, which begins at 4 p.m.