When fear keeps you from moving on with your life 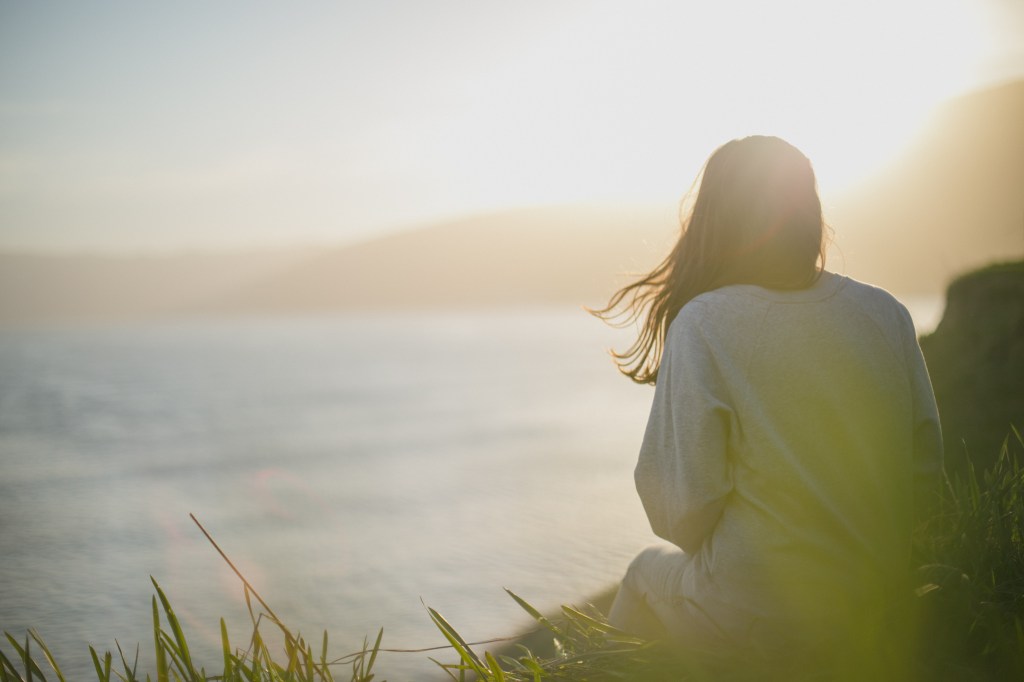 Depending on who you ask, I’m either the most fearless or most terrified person on the planet. And they’d both be right.

Growing up, I learned quickly from an overprotective but well-meaning daddy that I should be scared of just about everything. Don’t ever go outside by yourself because you’ll get lost or kidnapped, don’t talk to strangers because they have bad intentions and also want to kidnap you, don’t ride airplanes—they’re bad too, and also, you will most certainly get kidnapped.

It took adulthood to realize the reason he was the way he was is because of fear instilled in him during his childhood, something he rarely talked about in a positive light. While 6-year-old me lived a sheltered life (and developed an irrational fear of being kidnapped), my dad’s childhood was spent fearing his own family’s dysfunctional cycle of abuse. I could tell he spent his entire life carrying the burden of the pain, loneliness and abandonment he experienced in the past, but to borrow a line from Steel Magnolias, I wasn’t old enough to have a past. How could I understand what it meant to carry it into the present? Or that it’s possible to be terrified of things other than the dark (or kidnapping)?

Being in my early 30s doesn’t exactly qualify as having much of a past to dwell on, but nevertheless, the past ten years have given me a pretty good start. I was once fearless and thirsty for adventure. Life was beautiful. People were beautiful. Love, even when broken, was beautiful. The real world taught me fast what it’s like to be hurt, betrayed and in the end, suffocatingly lonely. I struggled at work and at home and didn’t exactly help matters by surrounding myself with people who demanded so little of me. Suddenly I became the person Dad warned me about, the trajectory of my life changing drastically through my missteps and bad decisions. When you come out on the other side of self-destruction, you do so with the new knowledge that it’s possible, if not unavoidable, to suddenly be scared of good things happening because you’ve spent so much time repairing the bad.

And with all of the wisdom gained and lessons learned comes the deeply entrenched fear that the demons of my past are somewhere waiting to strike in a different form. I’ve built high walls of certainty around my life, trying to protect it and those in it. The problem here, of course, is that I intentionally built those walls too high to climb over. Nothing outside can get in unless I let it and nothing inside can go out because it’s too risky out there. Too painful. Too unpredictable. All of the things I used to think made life beautiful now terrify me.

The other day I stumbled upon something I had written years ago about life’s wisdom (long before I knew what I was talking about) and it struck me that a younger version of myself, one I’ve tried so hard to move past, was probably the only person capable of waking me up:

“You’re at the beginning of your life with the entire world in front of you. Whatever happened before reaching this point is done and unchangeable. What lies ahead is entirely up to you. Get the chip off your shoulder and walk on. Allow your past to be a source of strength and direction, not the thing that keeps you from moving on with your life.”

Believe me; there’s nothing like the moment you realize your 24-year-old self is smarter than you. She also had no experience following her lessons. This was before she lost people she loved, before people gave up on her altogether, before she burned out at work, before she became a single mom buried in laundry and bills and constant movement of a life packed with responsibility. I promised myself back then I’d never be too cynical to fall out of love with the things I cared about most or let fear paralyze my life the way it had my father’s.

I mastered both of those things by age 30.

My goal is to find a way to move beyond it, tearing down those walls piece by piece, to reconnect with the optimism and hope of my youth, but with the wisdom I’ve gained since then and the comfort of knowing if and when bad things do happen again, and they will, at least I’ll know I’m already strong enough to overcome them.

The tricky part is learning how to let them go.

Alex McDaniel is editor in chief of The Oxford Eagle and Oxford Magazine. Follow her on Twitter: @AlexMcDaniel