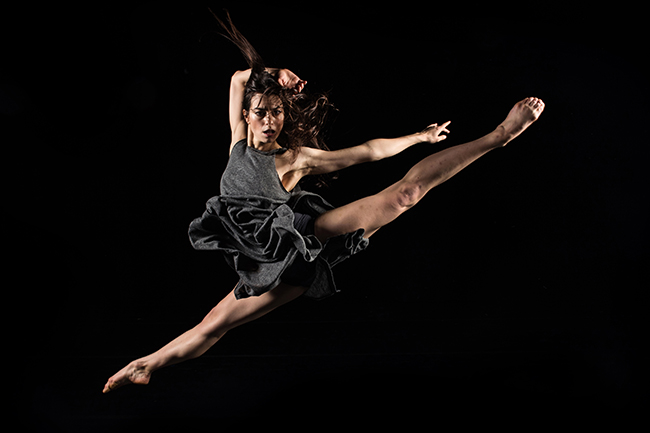 BODYTRAFFIC, a dance company from Los Angeles, will perform at the Ford Center Nov. 9. (Submitted photo)

The 20th-anniversary tour of “Rent” books a room in Oxford this fall as the Broadway musical comes to the University of Mississippi for one show at the Gertrude C. Ford Center for the Performing Arts.

The Ford Center’s 2017-18 season also features a national tour of “The Sound of Music” and “Jane Austen’s Sense and Sensibility,” plus jazz concerts, children’s shows and much more.

“We are excited to launch some new initiatives and have expanded the offerings this season with a new jazz series and children’s series,” said Julia Aubrey, Ford Center director. “We have our audience favorites as well, with musicals, a classical play and dance concerts.

“Our Holiday Village will feature gingerbread houses, miniature Christmas villages, the North Pole and an international corner. This will open on Dec. 1 to coincide with our big event that features a holiday theme for the entire family.”

The Ford Series begins Oct. 26 with the Broadway tour of “Rent,” which follows seven artists struggling to follow their dreams. The von Trapp Family will thrill Ford Center audiences in “The Sound of Music” Jan. 24, with performances of classic songs including “My Favorite Things” and “Do-Re-Mi.”

On Feb. 27, Conspirare, a Company of Voices will perform “Considering Matthew Shepard,” the story of a gay student at the University of Wyoming in Laramie who was kidnapped and left to die nearly 20 years ago. This concert-length work uses musical styles, poetic texts, passages from Shepard’s journal and interviews with family members to tell his story.

The Ford Series concludes with the Tony Award-winning performance of “Rodgers & Hammerstein’s Cinderella,” which offers a contemporary take on the classic tale.

The Artist Series begins Sept. 21 by making the audience part of the show in “Artrageous.” The musicians, singers, dancers and artists pay tribute to musical icons and genres in multiple art forms, including a gallery of finished paintings.

On Nov. 9, Oxford audiences will have an opportunity to see a performance named Best of Culture by the Los Angeles Times. West Coast dance troupe BodyTraffic, which recently toured Israel and Jordan, will perform its contemporary dance styles at the Ford Center.

Aquila Theatre continues to expand its adaptations of classical works with “Jane Austen’s Sense and Sensibility,” coming to the Ford Center on Feb. 13. The story revolves around two sisters in a time when choices were limited for women. The comedic romantic tale of the English upper middle class includes seduction, courtship, love, heartbreak and surprise.

The Jazz Series, made possible by a $25,000 gift from Oxford residents Marty and John Dunbar, will begin Sept. 14 with a performance from the Cyrus Chestnut Quartet. Pianist Cyrus Chestnut blends contemporary and traditional jazz with gospel, Latin and samba and has become one of jazz’s most beloved and acclaimed musicians.

The series continues with “The Birdland All-Stars: The Art of Jazz” featuring Tommy Ignoe. The New York musicians have dazzled audiences for 10 years and return to the road with arrangements featuring the music of David Bowie, The Police and Steely Dan, among others.

The series concludes March 1 with “Celebrating Gershwin: A Stroll Down Tin Pan Alley” by the Julian Bliss Septet. Bliss is one of the finest clarinetists of our time and he is joined by some of the best musicians in jazz to form this septet.

The Ford Center also will host a Campus Connections series, beginning Dec. 1 with “Amahl and the Night Visitors,” one of the most popular American operas during the Christmas season, and “Handel’s Messiah.” This collaborative project, made possible by a grant from Nancye Starnes and the Kite Foundation, includes performers from the community, university and professional guest artists.

For more information about performances, visit http://fordcenter.org/. Tickets are available for all shows at the UM Box Office, inside the Ford Center or online at http://olemissboxoffice.com/.