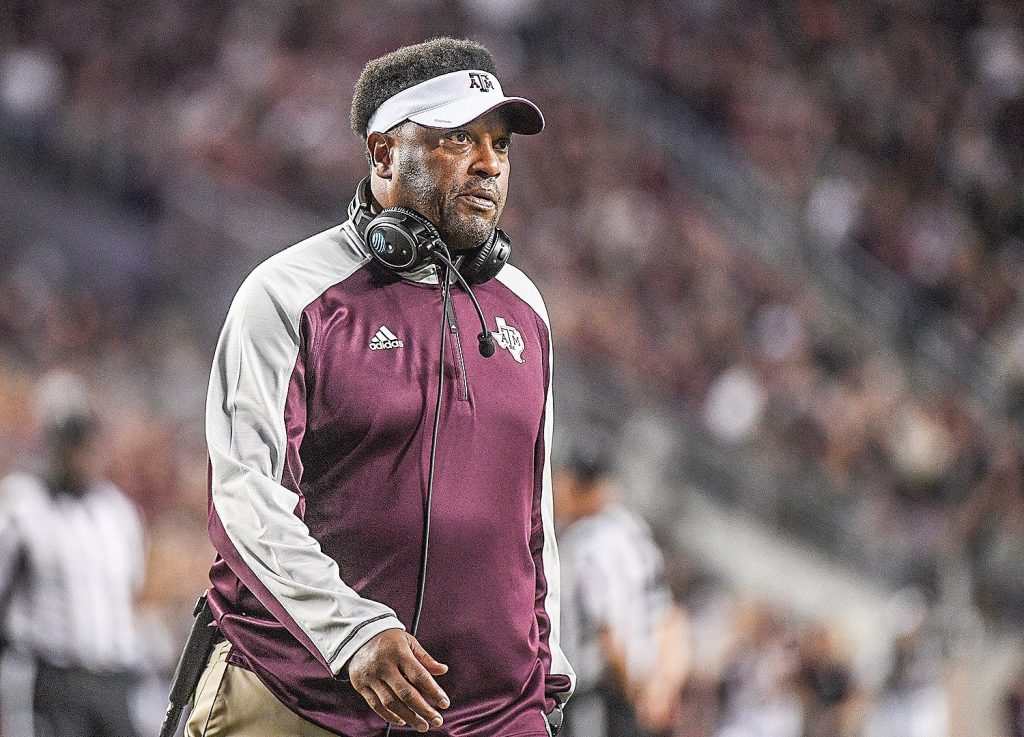 Texas A&M athletic director Scott Woodward sent a message to his head football coach during the Southeastern Conference’s spring meetings in May when he said Kevin Sumlin has to do better than he has to this point.

Sumlin agrees with his boss.

Sumlin’s job security has been a hot topic in national circles with the Aggies struggling to keep up in the SEC’s rugged Western Division despite a fertile recruiting base and a $5 million salary that makes Sumlin the seventh-highest paid coach in the country. Since going 11-2 in Sumlin’s first year at the helm in 2012, A&M hasn’t finished better than fourth in the West.

The Aggies have turned in three straight 8-5 campaigns and haven’t had a winning record in SEC play since that ’12 season. Depending on how things go for Sumlin in his sixth year in Aggieland, he could be coaching for his job when A&M visits Vaught-Hemingway Stadium for its late-season matchup with Ole Miss on Nov. 18.

“Nobody puts more pressure on me than me, and my job is every year I look at what we do and what we do well,” Sumlin said. “We want to stay ahead of the curve. When we’re not doing well, it’s my job to analyze it and try to fix it. And so looking at where we are and being open and honest about that with our team and with our guys who are here, I think that’s what I was getting at by talking about it.

“We’re here to compete for championships. How we do that, when we do that, basically the why, what and how, that remains internal, but that’s my job. The pressure for that never changes.”

The offense hasn’t been much of a problem for the Aggies under Sumlin even in the post-Johnny Manziel era. A&M was in the top 50 nationally in scoring, total offense, rushing and passing last season and have the pieces to keep that production going this season.

Quarterback Jake Hubanek is back after taking over for an injured Trevor Knight late last season when he completed 59 percent of his passes for 884 yards with six touchdowns and two interceptions. He’s got one of the SEC’s most explosive playmakers to throw to in Christian Kirk, who caught a team-high 83 passes for 928 yards and nine touchdowns last season, and the help of a ground game led by Trayveon Williams, who ran for 1,057 yards and eight scores as a freshman last fall.

Stopping other teams’ offenses has been the issue for the Aggies throughout Sumlin’s tenure.

A&M finished last season 80th nationally against the run and 91st against the pass despite racking up the third-most sacks in the SEC. The Aggies notched 39 of them, but that was with defensive end Myles Garrett, who’s off to the NFL after being the No. 1 overall pick in this year’s draft.

A&M also has to replace fellow end Daeshon Hall, who combined with Garrett to account for 33 percent of the Aggies’ sacks last season, second-round pick Justin Evans at safety and leading tackler Shaan Washington at linebacker.

Five of A&M’s top seven tacklers are back, but with so many key holes to fill, can the Aggies make enough strides on that side of the ball to make a difference on the scoreboard? The season — and a job — may depend on it.