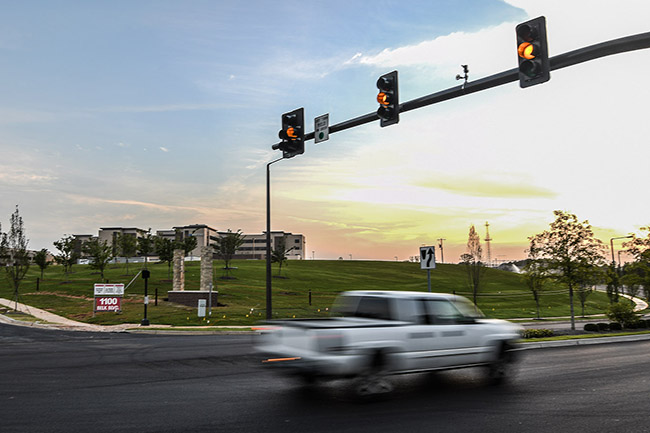 Signs that the new Baptist Memorial Hospital-North Mississippi is in its final months of construction are popping up.

The latest was on Wednesday when a new traffic signal at the intersection leading to the new facility started flashing.

According to Public Works Director Bart Robinson, the traffic signal on Belk Boulevard Extended and the road leading to the hospital’s entrance was turned on Wednesday and will remain in flash mode for several days as drivers get accustomed to the new traffic light.

The light is flashing yellow on Belk and red on the drive into the hospital, he said Wednesday.

“The striping will be completed this week or early next week,” he said.

The striping will include a left-turn only lane for those drivers traveling to the hospital.

The signal will go into full activation mode sometime next week.

The $300 million hospital is expected to open its doors around Nov. 27. The University of Mississippi has entered into a contract with Baptist to purchase the existing hospital to be used for nursing classes, medical services and other uses that have yet to be announced by the university.