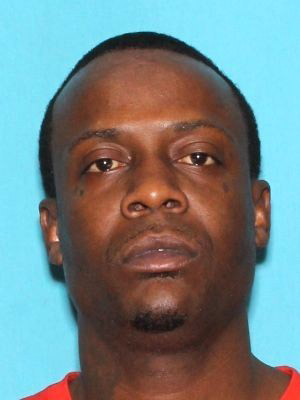 On March 21, 2017, Officers with the Oxford Police Department responded to the Oxford Activity Center for a report of an auto burglary. The suspects were gone prior to officers arrival. The following day Investigators learned that the victim’s credit cards were used at several locations in Oxford and the surrounding areas. Investigators were able to obtain video along with other information from the transactions and learned that one of the males that used the victim’s credit cards was identified as Geoffrey Green (33) of Lauderhill, FL. Warrants were issued for Green for Auto Burglary and Credit Card Fraud. On July 7, 2017, the Oxford Police Department was notified that Green was stopped in Strafford, TX. Green was taken into custody after a stop for a minor traffic offense lead Deputies to find that Green was wanted. Green was held in Texas until a transport unit could bring him back to Oxford. His bond was set yesterday at $20,000.00.

A man wanted for allegedly using and stealing credit cards from a car in Oxford was arrested recently in Texas.

According to the Oxford Police Department, on March 21, officers responded to a vehicle burglary. During the investigation, it was discovered the alleged victim’s credit cards had been used in several locations in Oxford and surrounding areas.  Investigators were able to obtain video along with other information to identify the alleged thief as Geoffrey Green, 33, of Lauderhill, Florida.

A warrant was issued and on July 7 he was pulled over in Strafford, Texas for a traffic offense when the law enforcement officer discovered the warrant from Oxford. He was transported to Oxford and booked into the Lafayette County Detention Center on a $20,000 bond.

AG Sessions not leaving unless pushed out by President…