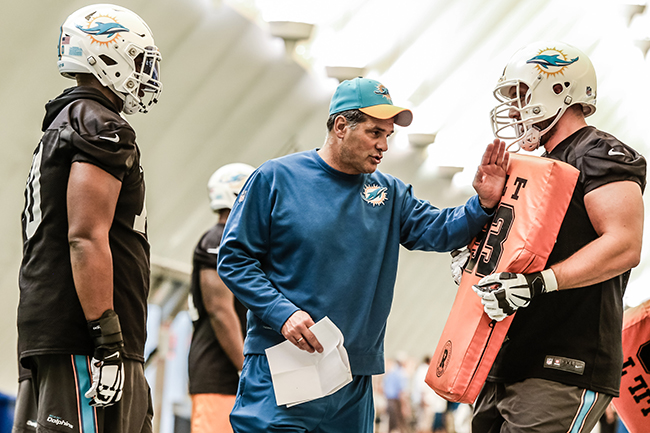 Jack Bicknell Jr., a 31-year coaching veteran with college and NFL experience, has been hired as the Rebels’ offensive line coach. Bicknell fills the void left by Luke, who served as Hugh Freeze’s offensive line coach the past five seasons before being promoted to interim coach following Freeze’s resignation on July 20.

“We are excited to add Coach Bicknell’s experience and expertise to our staff,” Luke said in a statement. “Being a former head coach, he brings a perspective that I look forward to having in our coaches’ meetings. As a Super Bowl champion, his track record gives him instant credibility with our linemen, and I can’t wait to see his impact with the players.”

Bicknell comes to Oxford after spending two seasons as an assistant offensive line coach with the Miami Dolphins from 2014-15. Bicknell also coached offensive lines for the Pittsburgh Steelers, Kansas City Chiefs and New York Giants, helping lead the Giants to a Super Bowl win in 2012.

Bicknell, who also coached Louisiana Tech’s offensive line from 1997-98, began his coaching career as a graduate assistant at Boston College, where he played center from 1981-85. He also spent time on staff at New Hampshire before returning to Boston College in 2007, serving as the Eagles’ assistant head coach and offensive line coach for two seasons before joining the Giants’ staff in 2009.