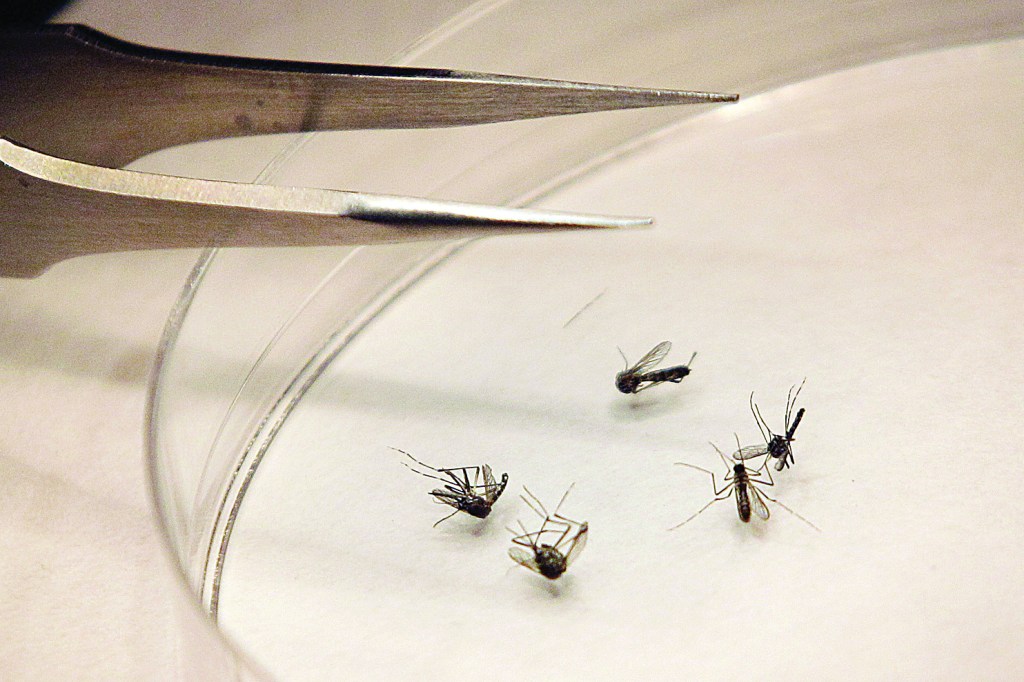 In this Associated Press file photo, mosquitos are sorted at the Dallas County mosquito lab in Dallas. Mississippi has reported 19 cases of West Nile virus in 2017. (AP Photo/LM Otero, File)

A Grenada resident is the first to succumb to West Nile virus, being the first death in the state due to the mosquito-borne disease, according to the Mississippi State Department of Health Monday.

The MSDH only reports laboratory-confirmed cases to the public. In 2016, Mississippi had 43 West Nile virus cases and two deaths.

“This sadly serves as a reminder that the threat of West Nile virus should be taken very seriously,” said MSDH State Epidemiologist Dr. Paul Byers. “While many people may be infected with West Nile and not show symptoms, in a small number of cases, the infection can cause very serious complications, even death.”

Symptoms of the West Nile infection are often mild and may include fever, headache, nausea, vomiting, a rash, muscle weakness or swollen lymph nodes.

Peak season in Mississippi is July through September, although cases can occur at any time of the year.

The virus has been detected in mosquitoes throughout the state, so residents in all counties should take precautions for protection against mosquito-borne illnesses.

Oxford Emergency Management Coordinator Jimmy Allgood said since mosquitoes feed more often during dawn and dusk, he recommends anyone needing to be outside during those times either wear clothing that covers the arms and legs or apply a mosquito repellent with DEET.

Breaking the life cycle of the mosquito can also help prevent the spread of West Nile.

“Homeowners should check flower pots, old tires, buckets, anything that can hold water, and dump them out,” he said. “It only takes a small amount of water for the mosquitoes to breed and lay eggs.”

The city of Oxford only sprays for mosquitoes in the city-owned parks, like Avent Park, Pat Lamar Park, the Skate Park and FNC Park.

“We don’t spray in the neighborhoods at this time,” Allgood said.

The city also implemented new laws last year to help prevent all mosquito-borne illnesses, including West Nile and Zika. The ordinance requires all storm water detention and retention structures with that hold water for more than 48 hours to be registered with the city and submit a mosquito control treatment plan.