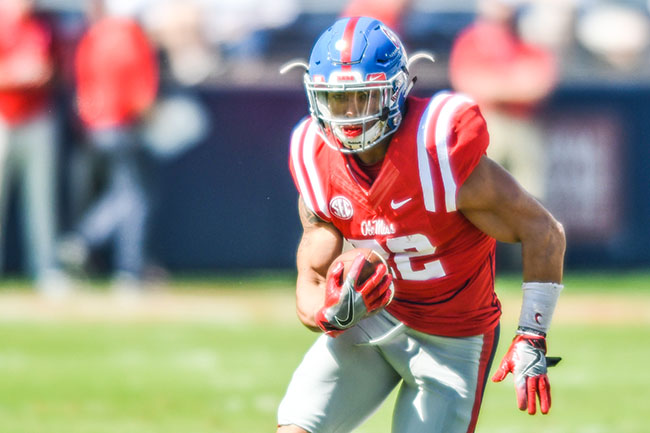 EDITOR’S NOTE: This is the ninth of a 10-part series breaking down each position on Ole Miss’ football team entering fall camp. A different position will be featured each day leading up to the Rebels’ first day of practice Wednesday.

Ole Miss broke even at running back after last season.

Gone is Akeem Judd, whose eligibility ran out, but back at the position is senior Jordan Wilkins. An academic credits snafu deemed Wilkins ineligible just weeks before last season began, dealing a blow to a running game that ended up finishing the season 12th in the SEC in rushing yards per game.

Judd was the Rebels’ top producer on the ground a season ago with 826 yards and six touchdowns. Wilkins has never rushed for more than 379 yards in a season but has also never been the featured back, something the 6-1, 217-pounder will get a crack at this fall as he enters fall camp at the top of the depth chart after averaging 5.3 yards a carry in 2015 and 6.9 as a redshirt freshman.

But the Rebels will need more than one serviceable running back to get through the grind of an SEC season.

Eugene Brazley and D’Vaughn Pennamon are listed next on the preseason depth chart at the position. Brazley has been used mostly as a reserve during his career with his 261 yards last season marking a career-high for the fifth-year senior.

Pennamon got a taste of the collegiate level last season as a freshman, finishing with 63 yards and touchdown on 20 carries in nine games, but the former four-star recruit should be a bigger part of the backfield rotation this fall. He’s up to 238 pounds on his 5-11 frame, which should help his durability over the course of the season.

The wild card is Eric Swinney, who may be the most complete back on the Rebels’ roster. Coaches have been high on Swinney’s combination of physicality, speed and elusiveness since Ole Miss signed the former four-star prospect out of Sandy Creek High (Georgia) in 2015, but keeping him on the field has been an issue.

Swinney’s last two seasons have ended essentially before they began. He suffered a stress fracture in his leg just weeks before his freshman season began and tore his ACL on his first collegiate carry last year. But the 5-9, 214-pounder is healthy entering camp, and the Rebels hope it stays that way for the third-year sophomore.

Ole Miss lost out in the Cam Akers sweepstakes during its latest recruiting cycle with the former Clinton standout and five-star prospect leaving Mississippi to play at Florida State, but the Rebels were able to add more depth to the backfield with the addition of Isaiah Woullard, Mississippi’s all-time leading rusher in high school.

Woullard ran for 8,334 yards and 93 touchdowns in four years at Presbyterian Christian School in Hattiesburg, though the true freshman will have to prove himself against bigger, faster athletes in the SEC. But if the Rebels stay healthy in the backfield, it may be next season before Woullard gets his chance to contribute.