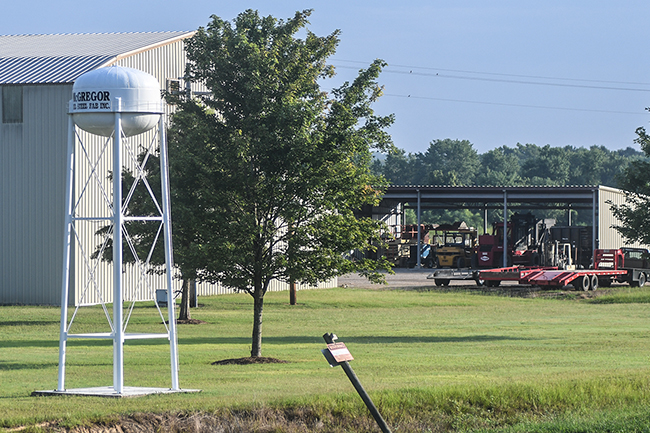 A company owned by Lafayette County School Board President Bill McGregor has done work for the schools as a subcontractor in the past year, which may have been a violation of state law.

McGregor Industrial Steel Fabrication of Oxford, owned by McGregor, placed air conditioner units on schools at Lafayette as subcontractor work for Valley Sheet Metal of Water Valley, the contractor, in 2016 and early 2017.

McGregor said he was paid for the work — “probably less than $1,000,” — but he said he returned the money to the contractor when told it may constitute a conflict of interest.

“I wrote Valley Sheet Metal back a check for what money they had paid me,” McGregor said.

McGregor said he is not violating state law by doing work at the schools despite serving on the county school board because he believes the company’s crane service is the only one in Lafayette County capable of doing the work.

The free work would have benefited Valley Sheet Metal, which was contracted by the school for the projects, rather than benefiting Lafayette schools.

Mississippi law states that it is “unlawful for any member of the board of trustees of any school district, any member of the county board of education…to have or own any direct or indirect interest individually or as agent or employee of any person, partnership, firm or corporation in any contract made or let by the county board of education, the county superintendent of education or the board of trustees of the school district for the construction, repair or improvement of any school facility…”

Lafayette County Schools Superintendent Dr. Adam Pugh said he believed McGregor was okay doing the work since his company’s crane service is the only such service in the community (others may be in Pontotoc, Tupelo and Memphis).

Dr. Pugh said when the school had air conditioning units go out that Valley Sheet Metal provided the lowest quote for replacement. McGregor Steel, owned by the school board president, “set” the units on the building with its crane as a subcontractor for Valley Sheet Metal.

“Bill had contacted me and said, ‘Can I get paid for that?’ I said well I know we can’t pay you directly,” Dr. Pugh said. “I had said let me call and see (if there are circumstances he could be paid as a subcontractor).”

Dr. Pugh said he called an attorney in the Jackson firm of Adams and Reese and was told of an Attorney General’s opinion involving a case from Bay St. Louis that said if it is a sole source provider payment is not a problem.

“Bill McGregor is the only place in town to set these very heavy units,” Dr. Pugh said.

When McGregor learned that some who saw his company’s cranes on Lafayette schools property questioned if the work was a violation of state law his company promptly paid back the money it had received from Valley Sheet Metal to the company.

“I did this (work) for a contractor,” McGregor said. “This is never even something that came through the board room to be approved or not approved.”

McGregor stated firmly that he is only interested in the best for Lafayette County schools and that he looks forward to moving beyond the issue and working with the superintendent and board members to providing top-rated school system.