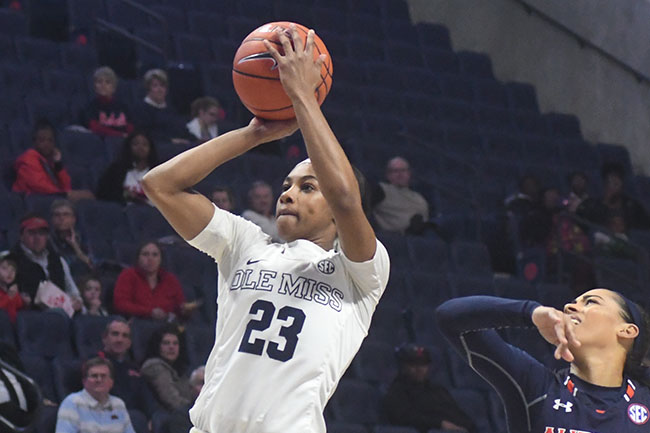 For the first time in the Insell era, the Rebels will kick off the SEC slate on the road when they travel to face Arkansas on New Year’s Eve in Fayetteville.  The SEC opener will be the first time Ole Miss has opened the SEC slate before the New Year since Dec. 29, 1998 when they opened at home against the Lady Vols.

After the SEC opener, Ole Miss will play three of its next four games in the friendly confines of The Pavilion at Ole Miss. First up, a date with defending national champion South Carolina (Jan. 4) followed by Florida (Jan. 7), and Missouri (Jan. 18). The lone trip will be a trek to Starkville to take on Mississippi State on Jan.11.

The Rebels will hit the road for back-to-back contests at Florida (Jan. 21) and at Tennessee (Jan. 25) before hosting Mississippi State (Jan, 28). Vanderbilt will make its first-ever trip to The Pavilion at Ole Miss on Feb. 1.

Ole Miss will travel to Georgia (Feb. 4) and Texas A&M (Feb. 8) before hosting Alabama on Feb. 11. The Rebels will head to Cajun country to take on LSU on Feb. 15 before closing the home slate against Georgia (Feb. 19) and Kentucky (Feb. 22). Ole Miss rounds out the SEC slate just like it started it – on the road – with a date with the Auburn Tigers on Feb. 25.

Times and television will be released at a later date.