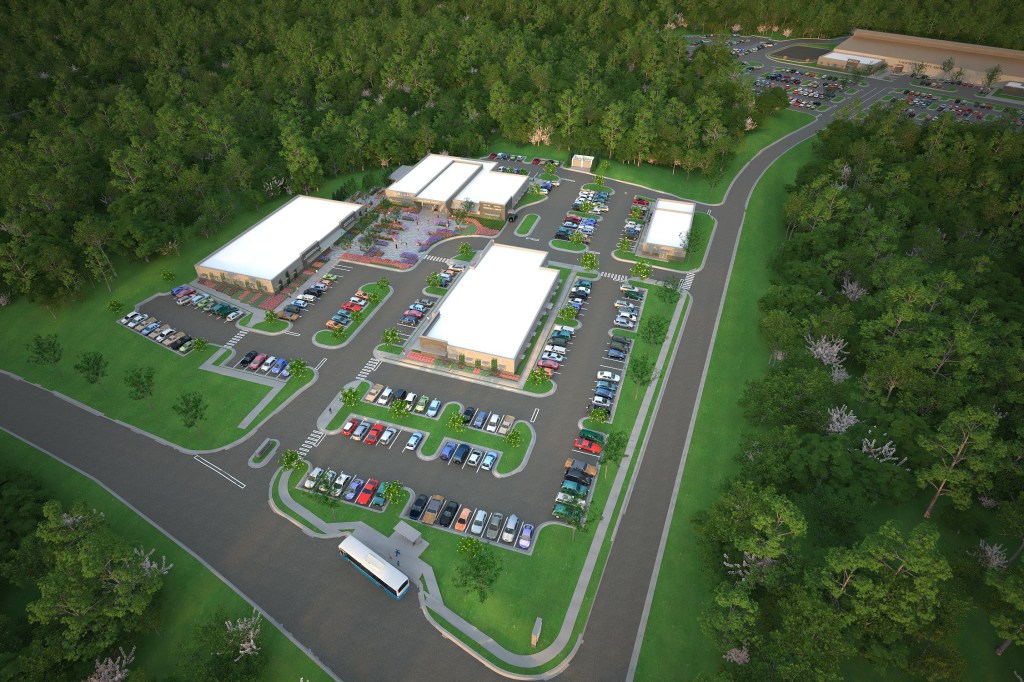 A rendering of the Lafayette County Business Center and Multipurpose Facility which will be located on County Road 406. The new complex was approved by the Planning Commission in a meeting on Monday. (Submitted Photo)

Since the day the idea to build a new county complex first was devised by the Lafayette County Board of Supervisors, has been called everything from an office park to a court complex.

Architect Corey Alger presented the plans to the commission, explaining each building, its function and the landscaping planned for the site. After showing blown-up renderings, he showed what the complex will look like on a 3-D animated “fly over.”

The new facility is being built on about 50 of the 160 acres owned by Lafayette County off County Road 406. The need for the center came when the Mississippi Department of Transportation announced the widening of Highway 7 and that several county offices along the highway would need a new home, including an office for the Mississippi Highway Patrol. Other county offices, like the Department of Human Services, the Coroner’s Office and Justice Court, needed more room and updated facilities. Also in the complex will be the Oxford Municipal Court, which is currently located in City Hall but has outgrown its space. The city will rent the space in the complex from the county at $85,000 a year for 10 years, along with an estimated $9,660 for the city’s share of utilities.

DHS and Child Protection Services will be housed together in one of the four buildings on the site. The two courts, Justice and Municipal, will be in the main building that faces an outdoor courtyard.

WIN Job Center will share a building with the MHP and the Coroner’s Office will be in the fourth and smallest building.

Behind the center will be county’s first indoor-outdoor 48,000-square foot arena that will have a dirt-floored arena with concrete around the outside for seating and concessions.

Alger said the building designs followed core principals — that they should be functional, usable and durable while being simple, efficient and flexible.

The commission approved the plans in a unanimous vote. Alger said the plans still need to go before and be approved by the Oxford Planning Commission — since the center is being served by Oxford water and sewer, the Lafayette County Board of Supervisors and Oxford Board of Aldermen.

•Approved the preliminary and final commercial plant for Mastercuts

•Approved a tower for wireless communications near Clear Creek

Donations for victims of Hurricane Harvey being collected at…