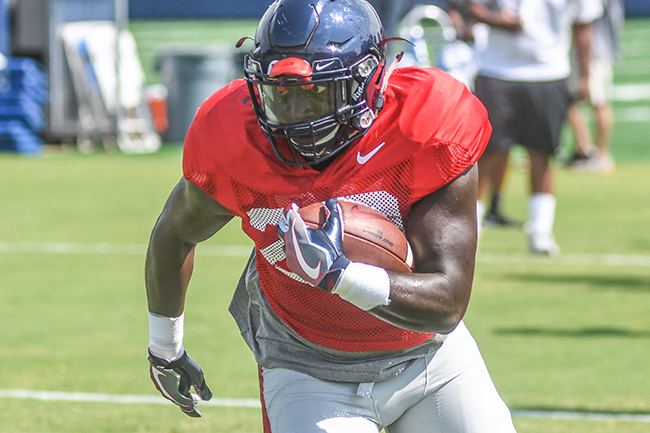 The flooding in Texas stemming from Hurricane Harvey has been catastrophic, but the families of Ole Miss players who call Houston and the surrounding areas home are safe.

Ole Miss interim coach Matt Luke said Wednesday that players have had contact with family members since the Category 4 storm hit southeast Texas on Friday, displacing massive amounts of people in Houston and the surrounding areas with a record amount of rainfall.

“Some of the young men’s families had to go stay with relatives maybe a little bit farther north or a little bit out of the flood zones, but I think everybody was accounted for,” Luke said.

Ole Miss has 12 players who hail from Texas, including Houston natives D’Vaughn Pennamon, Deontay Anderson, Ross Donelly and Floyd Allen, a walk-on receiver. Pennamon, the Rebels’ No. 2 running back, and Anderson both attended Manvel High, Donelly graduated from Cy-Fair High, and Allen is a Nimitz High alumnus.

The storm, which had produced nearly 52 inches of rain in some areas as of Wednesday morning — a continental U.S. record — according to USA Today, has caused more than 30,000 residents in Houston and the surrounding areas to flee to shelters. The storm has reportedly claimed more than 20 lives.

“Obviously our thoughts and prayers go out to the families in Houston,” Luke said.