Ole Miss vs. Texas Matchup to Appear on ESPN2 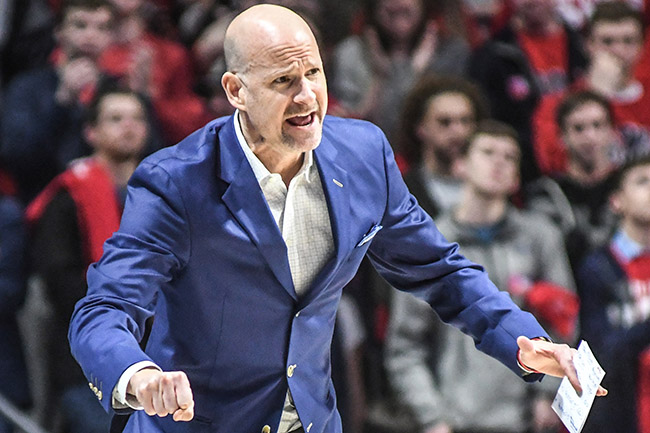 BIRMINGHAM, Ala. – The Ole Miss men’s basketball team will battle the Texas Longhorns at 1 p.m. CT, Jan. 27, 2018, on ESPN2 as part of the Big12/SEC Challenge Presented by Sonic. ESPN announced the television network designations and start times for all 10 games of the fifth annual competition Wednesday afternoon.

The non-conference matchup became the second Ole Miss game announced with a television designation for the 2017-18 season. Wrapping up the MGM Grand Main Event in Las Vegas (Nov. 22), the Rebels will play on either ESPNU or ESPN2.

ESPN’s College GameDay Covered by State Farm – the Saturday roadshow that discusses the top storylines of the college basketball season – will originate from one of the Challenge games.

This will be the third year that a bye in the league schedule for participating teams was created to accommodate the single-day format. The four SEC teams not participating will play each other in conference games the same day. The first two years of the challenge were played over several days in November and December but the 2018 event will be consolidated to one single day in January.

Tip-off times and television designations for the remainder of the Rebels’ schedule will be released at a later date.