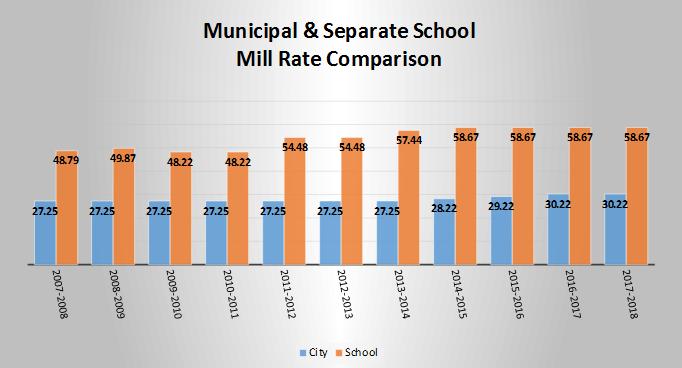 A public hearing on the proposed fiscal year 2018 budget for the city of Oxford brought some good news for residents – taxes will not be going up this year in the city.

No comments from the public were made at Tuesday’s Board of Aldermen meeting. The aldermen are expected to vote on the final budget at 9 a.m. Sept. 14 during a special meeting. By state law, the budget must be approved by the board by Sept. 15.

The aldermen have met several times throughout August in budget meetings to rehash the budgets submitted by each department.

The Lafayette County Board of Supervisors approved the 2018 fiscal year budget, as well as a 1.2 mill increase last week during their regular board meeting.

The raise is part of two-part millage increase where the board decided to raise the millage rate by one point for fiscal year 2017 and one in the upcoming fiscal year 2018. The mill will help cover bonds that are being used for the construction of West Oxford Loop and Sisk Avenue extensions and the future Lafayette County Business Center.

Despite the increase, Lafayette County still has one of the lowest millage rates in the state with 36.98 mills for general government and Northwest Mississippi Community College.

The budget also includes a $600 annual raise for all employees.

Where the money goes

General Government takes up a majority of expenses with 34 percent for government services – administration, tax assessor/collector, coroner, buildings and ground, elections, veterans services and more, while 29 percent goes towards the Public Works Department, that includes road and solid waste service and 16 percent is for Public Safety, which includes the sheriff’s department, the detention center and emergency response services.

The county has $12 million in roll-over funds and is projected to earn another $15 million in revenues from taxes and permits.