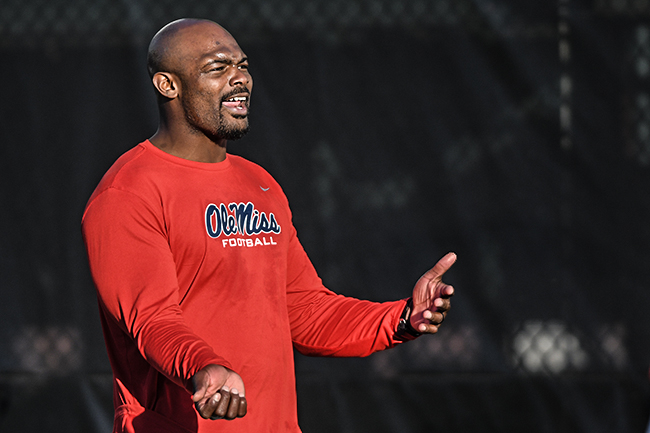 Ole Miss defensive line coach Freddie Roach met with the media this week in advance of the Rebels’ game at No. 1 Alabama on Saturday.