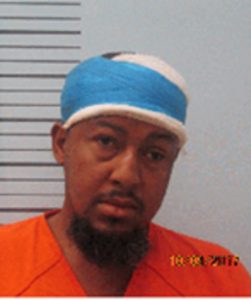 According to reports, officers responded to a home on Booker Road on Saturday for a report of a disturbance. Officers found Eddie B. Booker, 37, of Oxford had allegedly strangled a family member while at the residence and then left before officers arrived.

Booker was located a short time later and was transported to Lafayette County Detention Center where he was charged with felony child abuse and booked on a $15,000 bond.