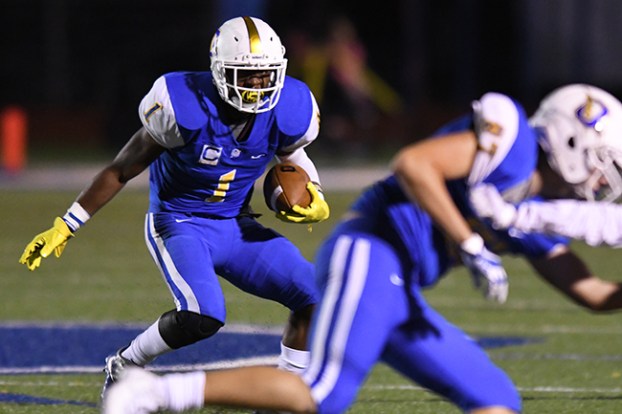 Oxford looks to keep pace in crowded 1-6A

Oxford made history last week and earned their first win in Class 6A.

If they do not want to miss the playoffs for the first time since 2011, they will need to win a few more.

After ending a two-game losing streak last week with a win over DeSoto Central, the Chargers will now look to start a winning streak when they travel to No. 10 Horn Lake on Friday (7 p.m., 95.5 FM).

Having already lost to two of those four teams the Chargers cannot not afford to fall behind with another loss.

Head coach Chris Cutcliffe has not begun the scoreboard watching and playing out of tiebreaker scenarios just yet, but a loss on Friday night might change his urgency.

“Really at this point we have to take care of our business,” Cutcliffe said. “We have four games left. So, we’re far enough out where there are so many scenarios that could play out. All we really need to worry about now is us to find a way to win a game this week.”

One thing that can aid in Oxford finding their stride is getting their offense whole again.

Senior running back Hiram Wadlington returned to the field last week after missing two games due to a meniscus injury. He joins wide receiver Jaquan Webb who also has slowly returned from a leg injury suffered earlier in the season.

The road gets slightly easier for Oxford after Horn Lake with games against Columbus and Hernando.

The Tigers and Falcons are a combined 5-9 overall and 2-4 in region play.

Before then the Chargers must take on an undefeated Horn Lake (6-0) who’s average margin of victory is 28.5 points. Oxford’s defense is only allowing 11.9 points per game.

It is Oxford’s first road game further than 20 miles since Aug. 25 at Starkville.

“First off (Horn Lake) is extremely talented,” Cutcliffe said. “They have really good football players. That’s the first thing that jumps out when seeing them. …I think playing big road games, that experience can come in handy in the playoffs. That’s kind of our philosophy.”

There might be something special brewing in Yalobusha County. A season removed from a 2-9 season, the Water Valley Blue... read more