Oxford travels to No. 3 Tupelo for regular season finale 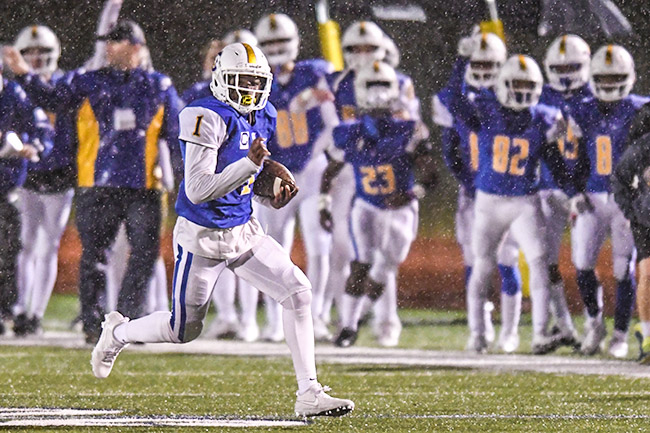 When the schedule was revealed, the expectations were high for when Oxford would play Tupelo to end the regular season.

The assumptions were it could be a game to decide the Region 1-6A title.

Instead is it a game to decide whether No. 3 Tupelo will head into next week’s playoffs undefeated and if Oxford will make them at all.

It is the first meeting between the two teams since 2004 when Oxford came away with a 7-0 road victory.

“When a lot of people saw this as the last game of the season they got excited,” Oxford head coach Chris Cutcliffe said. “A team we haven’t played in quite awhile. I think I was actually playing the last time we played Tupelo. …I think everybody was excited to see that back on the schedule on Friday night.”

There is not any drama remaining for Tupelo, who clinched their second consecutive region title a week ago. The Golden Wave are locked in to host a first round playoff game next week against either Northwest Rankin, Warren Central or defending 6A state champion Clinton.

If Oxford wants to not miss the playoffs for the first time since 2011, they have to either come away with a win — which locks them in regardless of other outcomes — or pray for help out of Southaven who faces Horn Lake.

There will not be any scoreboard glancing by Oxford on Friday as they will bus over to Tupelo already knowing what is needed for their playoff hopes. Southaven and Horn Lake moved their game to tonight due to the threat of inclement weather on Friday.

If the Chargers take care of business tonight, Oxford could already lock in a playoff berth before even playing.

“We’re in a control your own destiny scenario,” Cutcliffe said. “So, we’ve really focused on our game. We’ve definitely looked at the scenarios and understand what goes on there. In one sense it may be good to have (playoff situation) out of the way then we’ll know what the expectations are. At the same time it doesn’t really change our mindset.”

In reality Oxford is looking to clinch a road playoff game next week, but if chips fell the right way and South Panola fell to a struggling DeSoto Central and Southaven defeated Horn Lake, there is a possibility of Oxford earning the No. 2 seed if tiebreakers went their way.

Lafayette hosts Lake Cormorant with a playoff berth on…