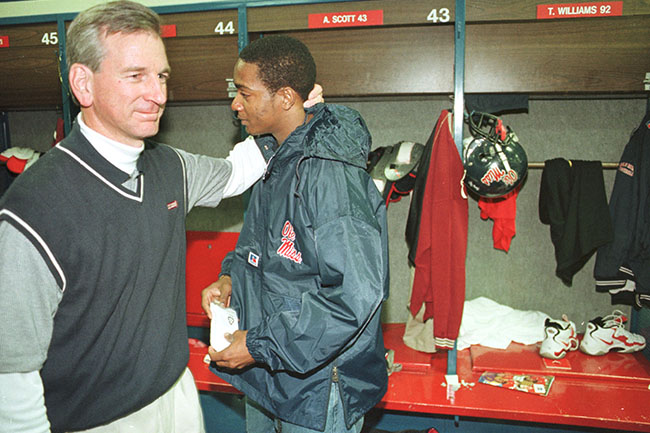 Ole Miss athletic director Ross Bjork has issued an apology for a video of former football coach Tommy Tuberville that was played on the jumbotron at Vaught-Hemingway Stadium during the Rebels’ game against Texas A&M on Saturday.

A video of Tuberville leading the “Are You Ready?” chant from his days as the Rebels’ coach from 1995-98 was shown during halftime of Ole Miss’ 31-24 loss. Considering the way Tuberville left his job at Ole Miss for Auburn — Tuberville made the infamous statement that he’d have to be carried out of Oxford in a pine box in response to rumors about the Auburn job — the clip struck a nerve with Ole Miss fans, many of which took to social media to question the decision. A smattering of boos rang out among fans in attendance when the video was played.

“As the Vice Chancellor of Athletics, I am responsible for everything that happens in our program,” Bjork posted. “I take the good with the bad & I also take the extreme ownership of any decision. I apologize that we played the Tuberville video. We were trying to provide levity but it was too polarizing.”

Tuberville returned to Oxford for the game as an analyst for ESPN.

There’s still an Egg Bowl to play, but don’t…