A house divided but always united 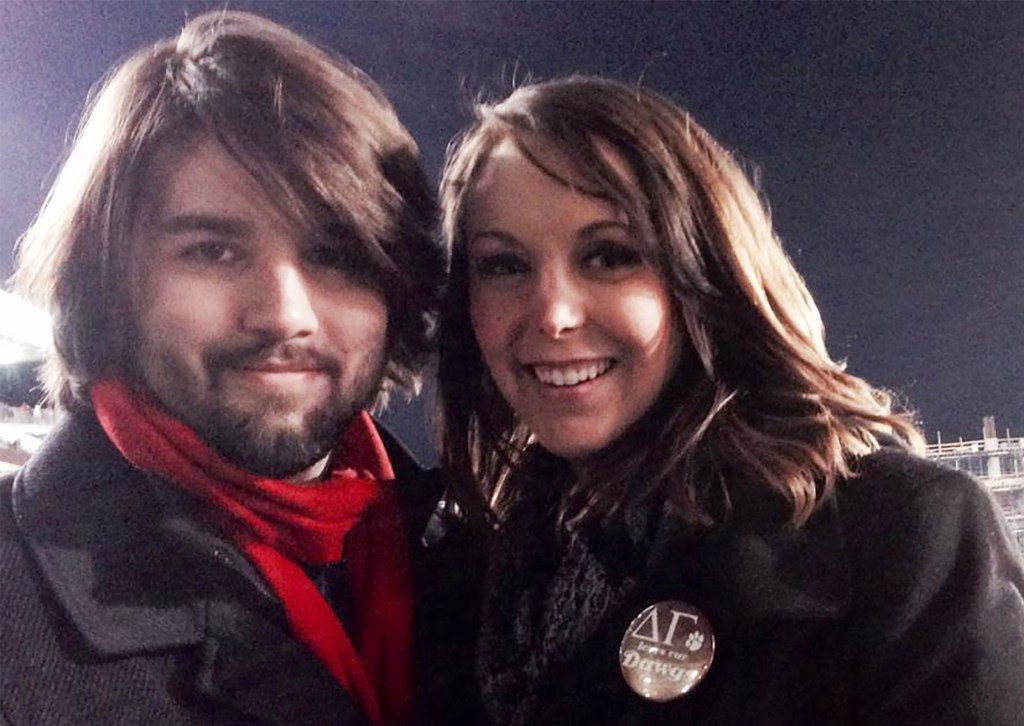 Watkins and his wife, Cobie, at their first Egg Bowl in 2013.

I never thought it would happen to me.

Growing up, I heard stories about houses divided. One spouse a Rebel, the other a Bulldog.

And here I am, married to a Mississippi State graduate and fan.

My wife, Cobie, is just as fond of her Bulldogs. She has three maroon and white cowbells on the bottom shelf of her nightstand and was on the dance line at State.

This ancient rivalry came up in our first conversation. After discussing music and where we were from, I asked her, “So, where’d you go to school?” She responded quickly with, “State. You?” I tilted my head slightly and said with a grin, “Ole Miss.”

Our first Egg Bowl as a couple came in 2013 in Starkville. Cobie sat with her mom and I sat with my dad. Same section, 12 rows apart.

It was a rough one for me. Ole Miss lost in overtime. I’m still recovering from that heartbreaker.

I remember walking up the section aisle immediately after the game and stopping on her row. She was celebrating like she had just been crowned Miss America. She finally looked at me, and all I could muster up was a pathetic and defeated head nod. She nodded back. And that was that.

One thing comes easy for us regarding the rivalry — respect. We stay in our lane and never make it personal. We let the other enjoy their win and have a good sense when to stay away.

Having a partner who stands on the opposite end of any rivalry has its challenges. But the thing that separates us is the same thing that reconnects us, no matter the score of the game each year — love.

Thursday will be the second Egg Bowl I’ve missed in 24 years. Cobie and I have decided to watch it together at my parents’ house.

I love this rivalry and I look forward to sharing another Egg Bowl with her — just as long as she keeps her cowbells on her nightstand during the game.

Taylor Watkins is a graphic designer and social media manager at the EAGLE. He can be reached at taylor.watkins@oxfordeagle.com.