OPD asks to extend bar hours until 1 a.m. except Sundays 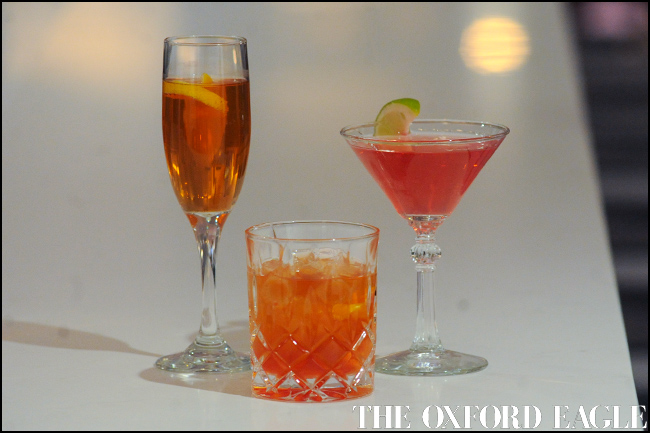 The Oxford Board of Aldermen is considering a request from the Oxford Police Department to change the city’s alcohol ordinance to allow alcohol to be sold until 1 a.m. Monday through Saturday.

Currently, bars can remain open Monday-Wednesday until 12 a.m. and 1 a.m. on Thursday and Friday and until 9 p.m. on Sundays.

If the aldermen approve the change, the ordinance will read: “It shall be unlawful in the city, for the holder of an on-premises retailer’s permit to sell, give or dispense or permit to be consumed in or upon a licensed premise, any alcoholic beverages anytime during the day, except for during the days, Monday through Saturday between the hours of 12:00 midnight 7:00 a.m. and 1:00 a.m. and 7:00 a.m. the following morning, and on Sundays, excluding between the hours of 11:00 a.m. until 9:00 p.m., or such other times as the mayor or board may designate with the approval of the state tax commission.”

The proposed ordinance change was given a first reading Tuesday during the aldermen’s regular board meeting.

Also on Tuesday, the aldermen heard the first reading of another ordinance change that would make the consumption of alcoholic beverages on the premises of a business who sells unopened containers of liquor, beer or wine illegal and the sale of unopened alcohol beverages in restaurants and other businesses that allow on-premise consumption illegal.

However, an exception would be made for businesses permitting the consumption of beer or light wine on the premises, to sell draft beer in refillable containers, generally called “growlers” prior to 10 p.m., during normal hours of operation. The growlers must not be less than 32 ounces nor more than 128 ounces.

The ordinance change is to make local beer, wine and liquor laws the same as the ABC regulations.

“By making our ordinance the same, it will provide continuity and consistency,” said OPD Code Enforcement Officer Rusty Rasberry at Tuesday’s meeting.