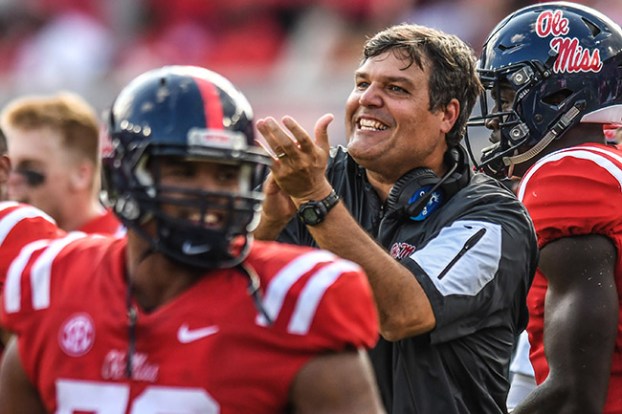 Ole Miss’ Matt Luke has served as an interim coach, permanent coach and analyst all within the last three months.

Luke can add the title of grand marshal to that.

Ole Miss’ football coach on Monday was named grand marshal of the Krewe of Neptune’s Mardi Gras parade in Biloxi — just a few miles away from his hometown of Gulfport. The parade is set for Feb. 10 in downtown Biloxi.

The news comes after an eventful 2017 for Luke, who took over the Rebels’ program on an interim basis in July following Hugh Freeze’s abrupt resignation and led Ole Miss to a 6-6 record under the cloud of the NCAA’s long-running investigation. The former Ole Miss offensive lineman had the interim tag removed and was given a four-year contract just days after leading the Rebels to a 31-28 upset of rival Mississippi State on Thanksgiving.

Luke served as an analyst on the Coaches Film Room as part of ESPN’s MegaCast coverage of Monday’s national championship game between Georgia and Alabama.

Ole Miss hasn’t lost to Auburn in men’s basketball since the end of Barack Obama’s first term as president of... read more