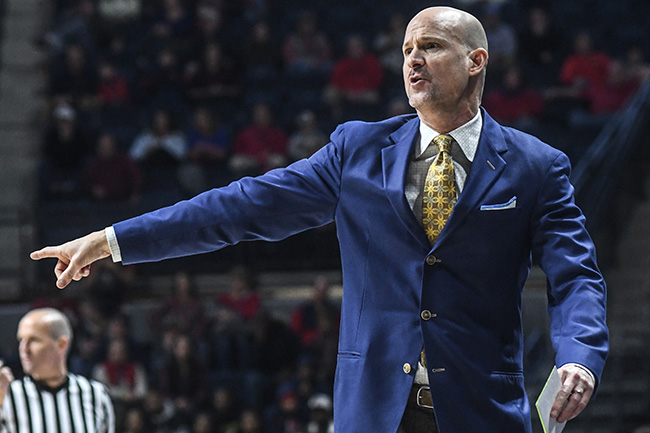 If Ole Miss hasn’t won in its own building, the Rebels have at least been competitive.

They’re still trying to find a way to do both away from The Pavilion.

Ole Miss notched its best win of the season from an RPI standpoint over the weekend with its 78-72 win over Florida, improving to 9-3 on its home floor with all three of those losses coming in overtime. The Rebels’ only other win this season came on a neutral court against a 4-14 Rice team before Thanksgiving.

The Rebels (10-7, 3-2 SEC) start a week-long road swing tonight at Texas A&M (8 p.m., SEC Network) before traveling to Arkansas on Saturday. Ole Miss has lost all three times it’s played in someone else’s building this season with each setback coming by at least 11 points.

All of Ole Miss’ road losses have come against top-60 RPI teams, and all of them seemed winnable at times.

The Rebels led Middle Tennessee State at the half back in December before the Blue Raiders went up double digits midway through the second half and ended the game on a 17-2 run to turn a largely competitive game into a 77-58 rout. Ole Miss held a 10-point halftime advantage at No. 17 Auburn in its most recent trip before the Tigers hit the Rebels with an avalanche, doubling up Ole Miss 50-25 in the second half for a runaway 85-70 victory. Ole Miss went back and forth with Georgia until the Bulldogs pulled away for a 71-60 win earlier this month.

Texas A&M (11-6, 0-5), ranked in the top 5 nationally at one point this season, and Arkansas, which was ranked two weeks ago before three straight losses, have struggled to begin league play, starting the week a combined 2-8 in SEC games, but their work against strong non-conference slates has both still ranked in the top 40 of the NCAA’s latest RPI rankings. But Ole Miss coach Andy Kennedy said his team has to better handle the adversity that inevitably comes with playing in front of another team’s fans if the Rebels want to give themselves a better chance on the road this week.

Kennedy hopes the win over a Florida team that began last weekend at the top of the SEC standings will serve as a morale booster for his team. Ole Miss overcame an eight-point deficit with 12 minutes remaining by shooting 60 percent from the floor in the second half even without much offensive help from Terence Davis, who had eight points on 2 of 11 shooting and has scored in single digits in four of the Rebels’ five league games, for its first top-50 RPI win.

“Hopefully (the Florida win) will allow us to have a little sigh of relief,” Kennedy said. “Despite beating  South Carolina and Mississippi State, we weren’t very efficient offensively. For us to shoot 60 percent in the second half, to score 47 and to win a game such as this, hopefully we’ll relax a little bit more and play to our capabilities.”

One facet that’s improved is defense. The Rebels have allowed 68.1 points per game over their last seven games, nearly seven fewer than their season average.