​NG Armory to be renovated for shared use with conference center​ 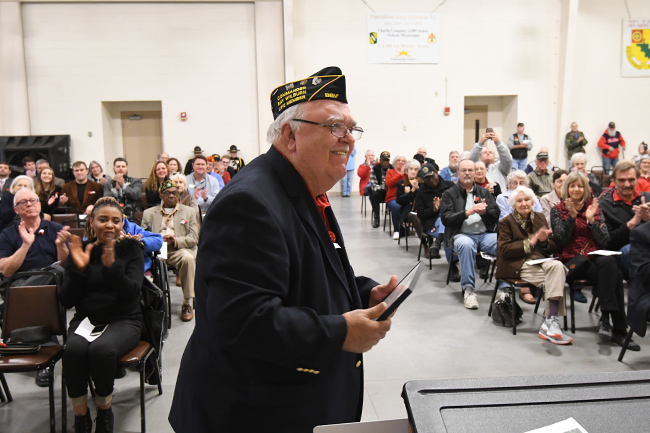 Visit Oxford has done a great job getting more heads in beds, according to tourism guru Berkeley Young of Young Strategies.

However, there are now more beds to fill with the addition of several hotels built in Oxford over the last three years.

Young, who is contracted by Visit Oxford as a tourism consultant, said when he first started working with Visit Oxford, the Oxford Conference Center was located in a “field” with nothing around to support it other than one hotel.

Now, there are three and a fourth is currently being built.

“Now you have enough rooms but the conference center is too small to support larger events,” Young said.

Hopefully, that’s about to change, according to Conference Center Manager Hollis Green.

The conference center currently shares a building with the National Guard, which is housed in the other half of the building and consists of several classroom, offices and a large drill room.

However, other than the administrative offices, the armory is seldom used. Green said the armory will be renovated so the conference center can book events in that area when it’s not being used by the National Guard.

“Our plans are to move their offices to the south end of the building, and then carpet and paint the other areas in the same style as the conference center,” he said.

Hollis said the drill room will also have heat and air conditioning added.

Currently, there’s no AC in the drill room where the community Veteran’s Day and Memorial Day celebrations are held annually.

“They will continue to be held there,” Hollis said. “But now it will have air conditioning and be carpeted. And the two times a year the National Guard needs to use it, we won’t schedule other events on those weekends.”

Hollis said the plans are currently being reviewed by the Mississippi National Guard for its approval.

If approved, bids will be taken and a budget will be formulated for the project.

“We may do it in phases,” Hollis said. “First phase would probably be moving the administrative offices.”

The rifle range, managed by the University of Mississippi’s Rifle Team, will not be included in the renovations and will remain as is, he said.