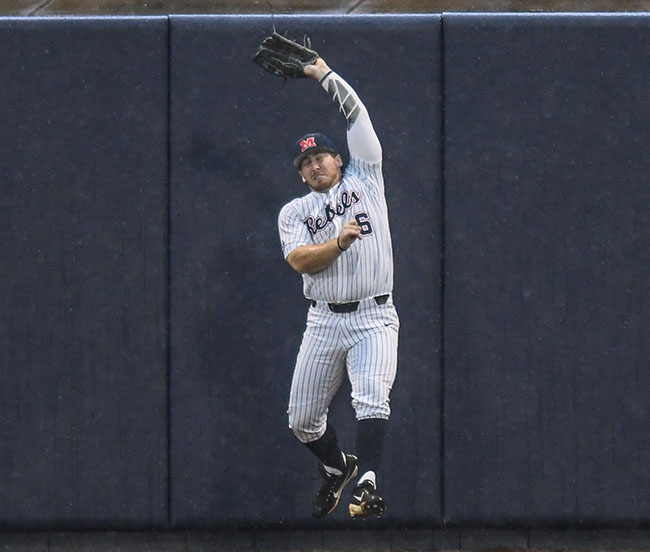 Friday’s opener at Oxford-University Stadium was postponed when heavy rain began falling with No. 9 Ole Miss leading 2-1 in the bottom of the fifth inning. The game will resume at noon Saturday with the second game set to start 45 minutes after the conclusion of the first.

There’s a 60 percent chance of rain during the day Saturday, according to the Weather Channel.

The delay means sophomore left-hander Ryan Rolison is done for the weekend after throwing 82 pitches. Rolison, who struck out 12 in his first start last weekend against Winthrop, gave up a solo homer to Matt Rowland three batters into Friday’s game before settling in, scattering three hits, walking two and fanning nine in the first five innings.

Ole Miss (4-0) answered with two runs on an error and Thomas Dillard’s RBI groundout in its first-at bat to take the lead and had one on with two out in the bottom of the fifth before the game was postponed.

Right-hander Greer Holston is a candidate to get the ball for Ole Miss when the first game resumes. Brady Feigl (1-0, 0.00 earned run average) will get the start in Game 2.