Ole Miss falls to No. 19 Tennessee amid poor shooting 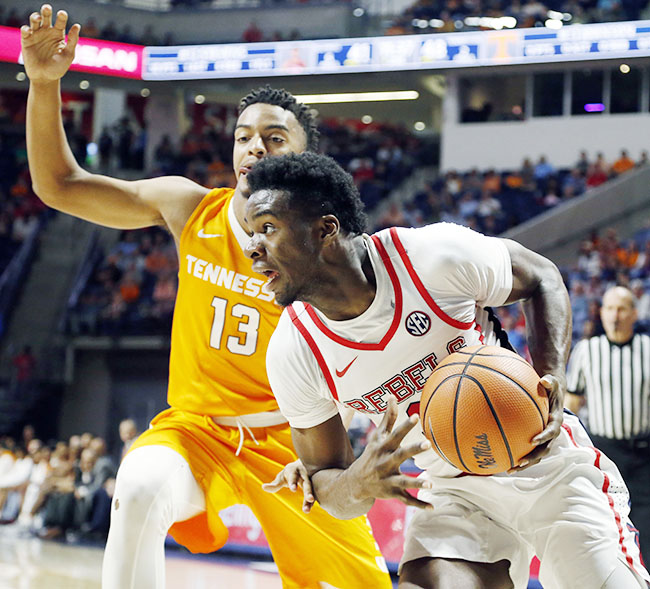 Tony Madlock’s second game as interim head coach did not have the same result as his first.

After defeating Missouri on Tuesday to end a seven-game losing skid Ole Miss fell to No. 19 Tennessee 73-65 at the Pavilion on Saturday.

Poor shooting from long distance and nearly getting ran out of their gym to begin the game spelled doom for the Rebels.

“You talk about it and you don’t want it to be a part of the game, but when you don’t make shots some of the hustle plays and some of the defensive efforts just don’t work,” Madlock said. “We didn’t make enough shots early to kind of get us going defensively.”

The Rebels shot 4 percent (1-of-23) from three-point range and started the game missing their first 13 shots from beyond the arc. They went 1-of-10 in the second half with Davis making the lone three.

Coming out of halftime trailing by 15 points, Ole Miss used a 11-0 run to begin the second half to cut the Volunteers’ lead down to four. The Rebels could not maintain their momentum and Tennessee used a 10-4 run of their own to push their lead back to double-digits.

The win keeps the Volunteers in second place in the SEC and still behind No. 12 Auburn heading into the final week of the regular season.

“I think the time of year you are obviously trying to build momentum and trying to get better in every area,” Tennessee coach Rick Barnes said. “Being at the end of February right now you’d like to think your team understands the importance of momentum and the way you need to come out when you have a lead.”

Tennessee’s bench out-scored Ole Miss’ 21-15 while the Rebels scored 40 points in the paint to the Volunteers’ 28. Ole Miss also had the edge in rebounds, 47-43.

The Rebels will travel to Kentucky on Wednesday before returning home to wrap up the regular season against Vanderbilt on Saturday.