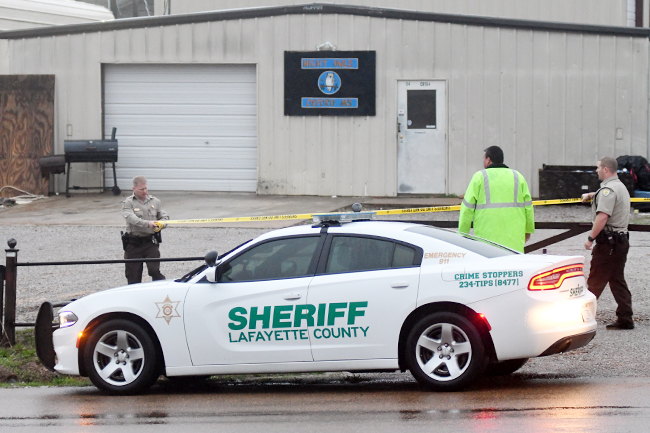 According to Chief Investigator Alan Wilburn, a call came into the 911 dispatch at about 5:30 a.m. Wednesday for a report of gunshots in the area of CR 104 and Old Highway 7.

When deputies arrived, they discovered the body of a black man in a parking lot at 4 CR 104, across from His Harvest Ministries Church, according to Wilburn. The victim had been shot and was pronounced dead at the scene.

Wilburn said there are no suspects in custody at this time; however, Crimestoppers is offering a $5,000 reward for information leading to the arrest and conviction of the person, or persons, responsible for the homicide.

The sheriff’s department has not released the name of the victim pending notification of next of kin.