Lafayette returns to Jackson with plenty to play for 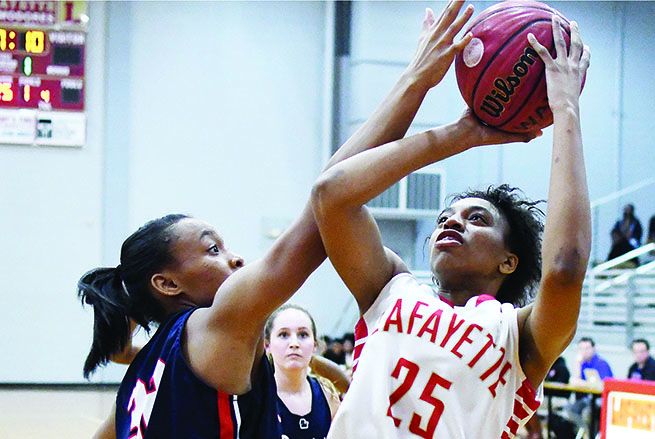 Lafayette is three wins away from hoisting up another gold ball.

This season, the mission is to win their second title in as many seasons, but the mission statement has been altered slightly. On Feb. 15, a fatal car wreck in Mooreville rocked the Oxford-Lafayette community with the death of Sherry Buford. There were four other passengers in the car who sustained injuries, including Commodore standout Azariah Buford. Buford’s status is still uncertain for Friday.

“I think that definitely plays a part in it,” Lafayette coach Shayne Linzy said. “The emotions with the accident and everything that happened. The girls I think are focused. They want to set their own legacy. I think that’s important to them. Obviously with all that’s happened, it puts things in perspective and basketball is not first in your life.”

The next step in cementing that legacy is Friday morning against Brookhaven in the quarterfinal round at Jackson State University at 10:30 a.m. The Lady Panthers defeated South Jones 61-58 with a last-second shot to reach Jackson.

Silentianna Collins paces Brookaven (24-6) with 10.9 points per game. Tamia Stallings follows and averages a double-double with 10.5 points and 10.1 rebounds a game.

The winner will advance to the semifinals on Tuesday at 4 p.m. inside the Mississippi Coliseum to play the winner of the Hattiesburg-Neshoba Central quarterfinal game (9 a.m., Friday).

Ole Miss falls at No. 23 Kentucky