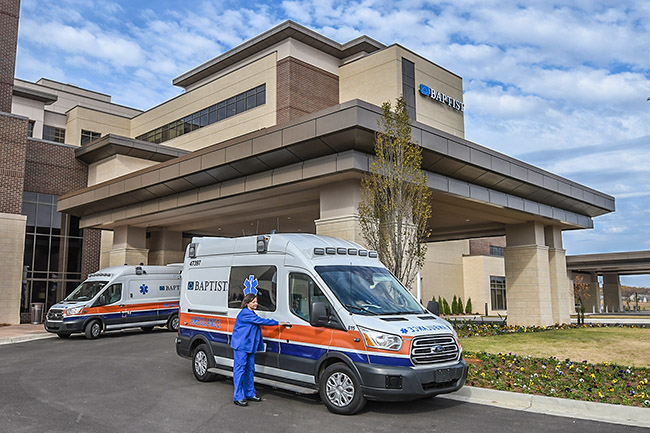 With the recent opening of the new hospital facility, Oxford’s medical field is expected to continue growing over the next few years.

Lafayette County Supervisors and members of the Oxford Board of Aldermen met this morning at Baptist Memorial Hospital-North Mississippi for a yearly county and city update.

Baptist Memorial Hospital CEO Bill Henning detailed future plans for the hospital through the 2020 fiscal year. Goals for the hospital include adding more services and physicians, as well as expanding existing services, something Henning said will have a great economic impact in the city and county.

“We’re definitely a regional hospital. We’re not just a Lafayette County, Oxford-area hospital,” Henning said. “We cover a large number of patients from a large area.”

“I think it shows the breadth of services we provide here,” he said. “They’re coming here for maybe one occurrence, or they’re coming to the doctor, and while they’re doing that, they may go shopping while they’re here. They may eat at the restaurants or stay overnight at the hotels.”

Some of the major goals presented are bringing in additional neurosurgeons and a neurologist to the hospital, as well as expanding pediatric and general hospitalist services. A hospitalist is an internal medicine doctor who works full-time exclusively for the hospital, in addition to doctors already working part-time.

The economic impact of the hospital is something Mayor Robyn Tannehill said will improve the quality of life for all Oxonians and Lafayette County residents.

“The more services that we can provide locally, the better the quality of life and healthcare we have in Oxford,” Tannehill said. “These are small industries that we’re recruiting with each of these physicians who lands here. We’re proud of this new facility and the services that are offered.”

Hospital administration estimates for every physician, an average of six staff members are also added, something Tannehill and Henning say will benefit the hospital and local economy further.

Also discussed was the construction of the new hospital and vacation of the old building over the last year. Last year, it was announced that the University of Mississippi had purchased the building, but the hospital had leased out space through February. However, as of midnight on March 1, the university officially took over operations of the building.

In reviewing the numbers, Henning said it is necessary to expand the services offered at the hospital, as well as the number of physicians providing services. Planned expansions will include increased pulmonary services, cardiovascular surgeons, a vascular surgeon, pediatric services and the possible development of an outpatient wound center.

The wound center, if completed, will help diabetic patients.

According to the most recent statistics from the state department of health, Mississippi ranks first in the nation for overall diabetes prevalence, with almost 15 percent of residents living with the disease statewide.

“There’s a lot of diabetes in the area, and that leads to wound issues and skin issues,” he said.

“It’ll be a new service if we do it, and it will include hyperbaric oxygen treatment for those wounds. It’s something we think is needed but we’re still evaluating exactly how we’d try to do that.”

In fiscal year 2017, the hospital reported 40,000 emergency room visits, up from 30,000 five years ago, when Henning became CEO. That number, he said, is steadily increasing the number of services provided.

Supervisor Chad McLarty said the 2012 acquisition of the hospital by Baptist Health Services is a huge contributing factor to the improvements made over the years.

“I believe the sale of the hospital from Oxford and Lafayette County back over to Baptist has allowed this hospital to expand and to grow, and it’s going to benefit everybody in this community,” he said. 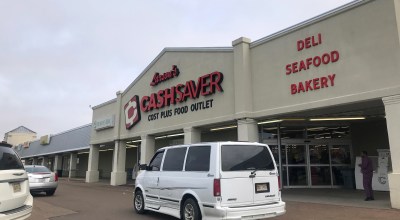