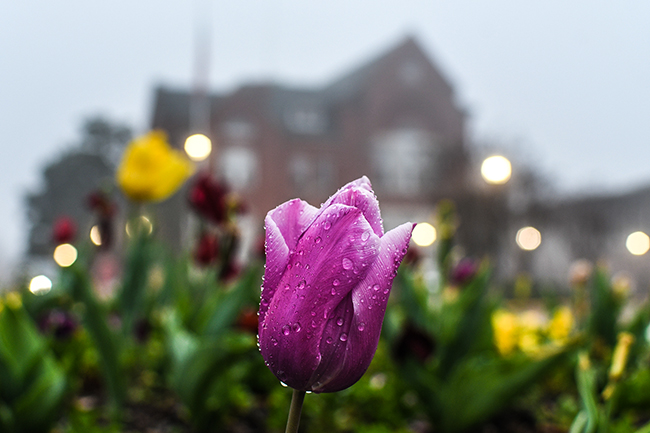 Spring has sprung in Oxford, and the city Buildings and Grounds Department is out in full force.

Oxford is consistently ranked on national lists as one of the most beautiful small towns in the country, and that is due in part to Buildings and Grounds Director Greg Pinion and his team.

Every day, the team plants and maintains the city’s flowerbeds, as well as the parks. It’s a job Pinion said is not easy, but pays off in the long run.

“We’re getting geared up to be in the busy time of the year,” Pinion said. “Right now, we’re doing a lot of mulching, and different chemicals are being put out to get ready for summer.”

At the moment, Pinion, an 18-year veteran of the department, said he is ordering SunPatiens, a bright-colored annual that can withstand the traffic and heat during a north Mississippi summer.

With Double Decker arts and music festival coming up on April 27 and 28, Pinion and his 22-person team will be working overtime to get the Square ready for the big weekend.

“We do a lot for Double Decker. We mulch all our beds and make sure everything we take care of is in pristine shape,” he said. “So we’ll transform the planters for the summer, and for the beds, we’re going to pull those and mulch the entire thing, because in the past they tend to get trampled with all of the foot traffic.”

The hard work doesn’t end after that weekend. Every morning, rain or shine, members of the janitorial crew go to the Square at 4 a.m. to clean up from the night before.

Mayor Robyn Tannehill said the hard work put in by the Buildings and Grounds Department is a major part of keeping Oxford’s status as one of the most beautiful towns in America.

“I can’t tell you how blessed we are to have a group of folks that show up at 4 am every morning, 7 days a week, to make sure that we put our best face forward every single day,” Tannehill said. “These guys show up before the sun comes up and remove trash, power wash sidewalks, blow off the streets, deodorize the garbage cans. I call them our ‘Underground Disney.’ When you show up at 8 am to go to the bank, it’s all perfect. That doesn’t just happen.”

What really distinguishes the team, Tannehill said, is that they go beyond the simple requirement of showing up every day – they care.

Keeping Oxford’s parks and flowerbeds in pristine shape is a mark of pride for the Buildings and Grounds team. There are five landscapers in the department who help maintain their designated areas.

Whitney Blanchard, who has been with the department for 10 years, is one of two landscapers who oversees Lamar Park. While the work is hard, Blanchard said he’d rather be outside in the fresh air than behind a desk any day.

“Taking pride in your work, and trying to do the best we can, that’s a big part of it,” Blanchard said. “We haven’t been able to cut the grass yet, and the weeds. But after Easter, we’ll be getting with it, and we’ll just have to cut around the rain and all that.”

In the coming months, Pinion said he and the landscapers have a few projects in the works. One of those will be the implementation of hanging planters around the Square. They’ll start small, with only four baskets of Purple Wave petunias, but if that goes well, visitors can expect to see more popping up.

Keeping Oxford’s landscaping pristine doesn’t solely fall on the Buildings and Grounds department, however. It’s a responsibility carried by all Oxonians.

There are a few simple things people can do to be more respectful of the flowerbeds, like taking a couple extra steps around the beds instead of walking through them. The number one problem, according to Pinion, is the flowerbed in front of Rooster’s Blues House.

Another thing to avoid is laying in the flowerbeds, something that first became an issue last summer.

“This last year, the flowers were really pretty, and they were actually two to three feet deep,” Pinion said. “We had people laying down on them, crunching them, just to get a picture of themselves surrounded by flowers. I’d just like to remind people not to be selfish, because one shot can destroy it for everybody else.”

Taking pictures of the landscaping is encouraged, especially as new flowers are planted and days get warmer and sunnier.

Regardless of how people choose to enjoy the spring flowers, Pinion said his department’s work is never-ending.

“It’s a constant process for us. Even though grass isn’t growing, we still have tons to do. Leaves, debris removal, trimming for the season,” he said. “No matter what the season, we’re always doing something. We try to keep all our stuff presentable at all times.” 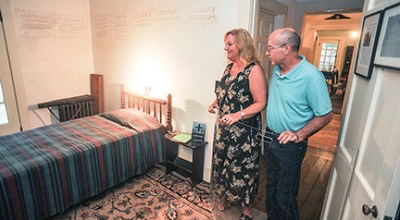 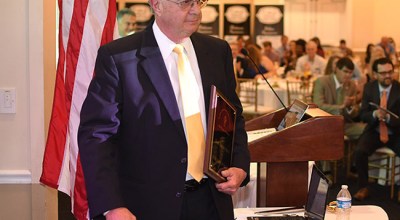