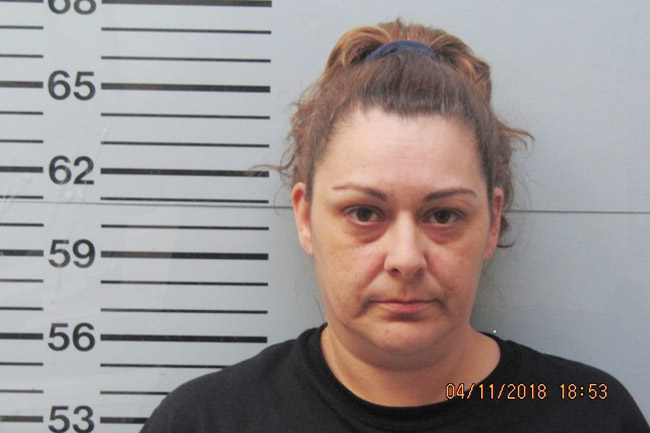 On Thursday, April 12, 2018, investigators with the Oxford Police Department arrested Tina Hillman (age 42 of Pontotoc). She was transported from the Pontotoc jail to the Lafayette County Detention Center for the charge of Felony False Pretense. On 2/28/2018, Hillman was in Walmart and proceeded to the self-checkout where she did not scan $2,191.53 worth of merchandise. Hillman was then confronted by Loss Prevention where she ran out of the store and fled the scene. The next day Pontotoc investigators called and stated they had a female in custody they arrested at Walmart on 3/1/2018 who advised that she had come from Oxford. They sent a photo of her and it match the subject at our Walmart. Hillman’s bond was set at $2,500.00 by a judge.

A woman was arrested Thursday for attempting to steal more than $2,000 worth of items from Walmart.

According to the Oxford Police Department, on Feb. 28, Tina Hillman, 42, of Pontotoc was at the Walmart in Oxford where she failed to scan $2,191 worth of merchandise in self-checkout. When approached by Loss Prevention officers, she ran out of the store and fled the scene.

The next day, Ponotoc investigators contacted OPD and said they had a female in custody that they arrested on Feb. 29 who said she had come from Oxford. A photo was sent to OPD and she was identified as the same woman who attempted to steal the items from the Oxford Walmart.

She was transported from Pontotoc to the Lafayette County Detention Center where she was charged with felony false pretense and booked on a $2,500 bond.