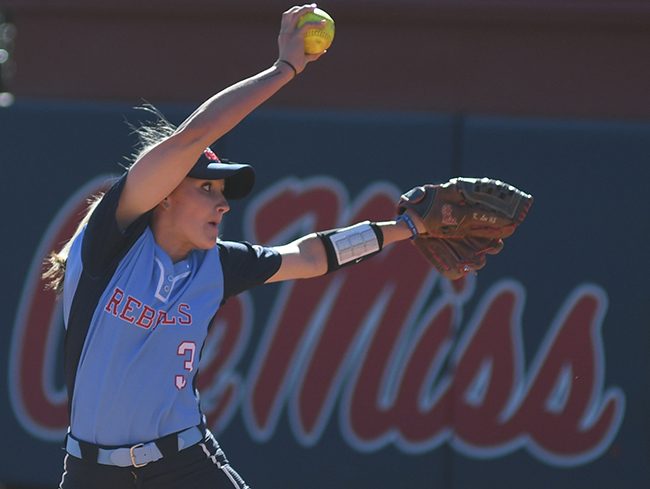 The Rebels’ senior pitcher was selected in the fourth round of the National Pro Fastpitch College Draft by the Aussie Spirit, giving Lee the chance to pursue a professional career in softball at the end of the season. Of the draft’s 23 selections, the Spirit took Lee with the 18th overall pick.

Lee is the just the second Ole Miss player to ever be selected in the NPF draft, joining RT Cantillo (Chicago Bandits, 2014).

“This is an incredible opportunity,” Lee said in a school release. “It’s super humbling and incredibly exciting. I wasn’t looking forward to my senior year ending so now it’s just awesome to have another season to look forward to.”

A former junior college signee, Lee has been a workhorse in the circle for the Rebels ever since bursting onto the national scene last year amid the most successful season in program history. She posted a 1.82 earned run average in an SEC-leading 249 2/3 innings as a junior.