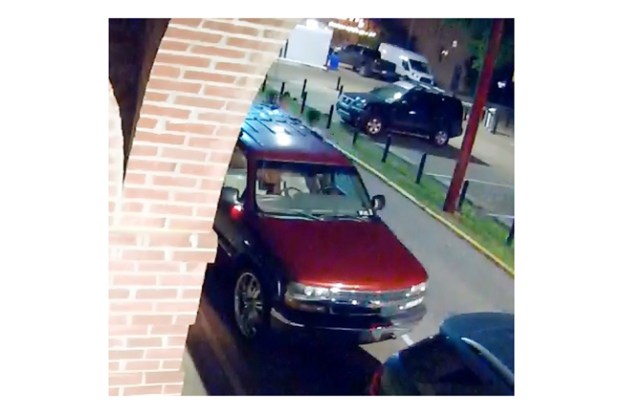 OPD in search of red Tahoe in connection with Lyric shooting

The Oxford Police Department is looking for a red, Chevrolet Tahoe in connection with an altercation that occurred Friday at The Lyric Oxford.

Officers responded to The Lyric at about 9:50 p.m. Friday after receiving a report of shots fired inside the popular event venue on the Square. After securing the scene, investigators learned that a fight had broken out and a man fired a gun straight up, causing people to panic. One person was injured from broken glass. No one was shot.

After reviewing security camera video footage, OPD released they were looking for two persons of interest. One man was wearing a white No. 23 Cleveland Cavaliers jersey and arrived in an older model Tahoe.

“Our investigators found a camera pointing at where the Chevrolet Tahoe was parked,” said Capt. Hildon Sessums in an email Wednesday afternoon. “We can now see that it is red in color with large chrome rims. We also believe it to be a 2000-2006 model.”

A second person of interest was wearing a North Carolina Tar Heels jersey.

The incident occurred during the Shoot Your Shot Jersey Party.