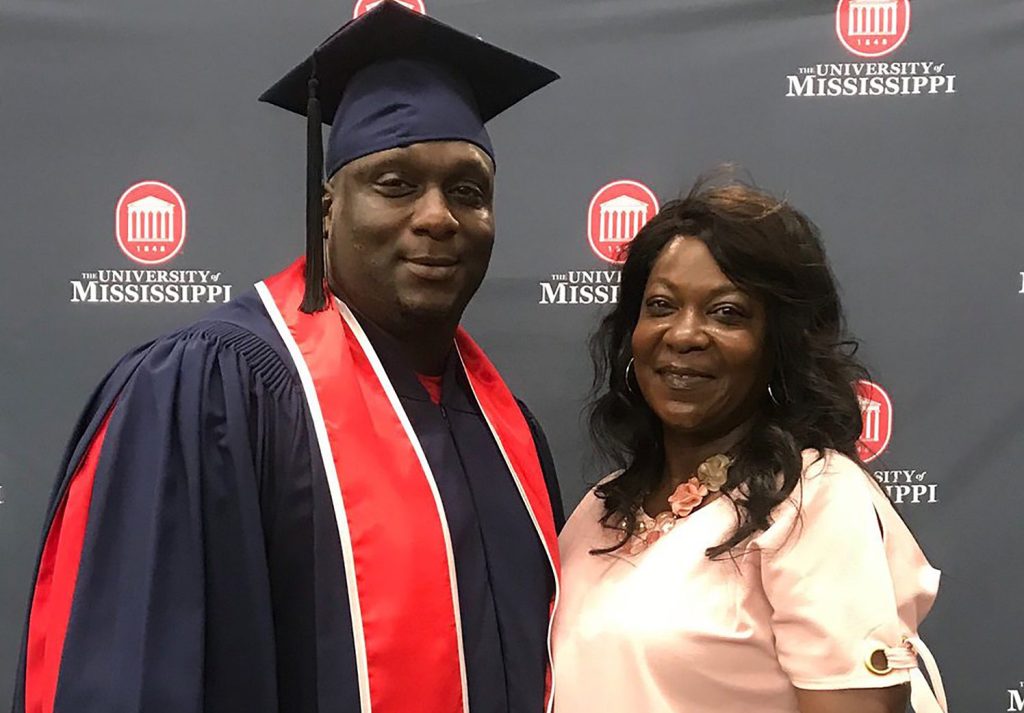 Jerrell Powe jumped through all kinds of hoops before finally getting to walk at Ole Miss.

More than a decade after signing with the Rebels as a prized defensive line recruit, Powe on Saturday graduated from Ole Miss with a degree in general studies. Powe is the first member of his family to go to college, something he mentioned to the NCAA while taking a parting shot at college sports’ governing body with a tweet following the school’s commencement ceremony.

Well @NCAA – I heard from you every single day for 3 years as you tried to stop me from being the 1st in my family to go to college … FF… I graduated today and didn’t hear word 1 from you or anyone in your organization. That says it all doesn’t it? #ThankYouMama pic.twitter.com/LlsOhW0zrC

Powe’s fight for eligibility at Ole Miss was well-documented given his status as one of the nation’s top recruits coming out of Waynesboro’s Wayne County High in 2005.

The NCAA initially ruled Powe, who has learning disabilities, ineligible because of a lack of required core courses. Powe signed with Ole Miss again in 2006 after a year of prep school, but the NCAA questioned whether Powe received too much help to qualify, according to a report from ESPN, and again deemed him academically ineligible for the 2007 season.

Powe was eventually cleared in 2008 and finished with 69 tackles and 24 tackles for loss in three seasons before being taken by the Kansas City Chiefs in the sixth round of the 2011 NFL Draft. Powe played five seasons for the Chiefs, Houston Texans and Washington Redskins before retiring to return to Ole Miss to finish his degree.

Powe also invited NCAA president Mark Emmert and other organizational employees to attend his graduation. They didn’t make it.

.@NCAA – Take a break keeping young men from getting a college education & celebrate w me on Sat as I walk the stage to receive my #OleMiss diploma. 3PM@ Manning Center #finsup #landshark #forTony pic.twitter.com/cT8MiGqxcE